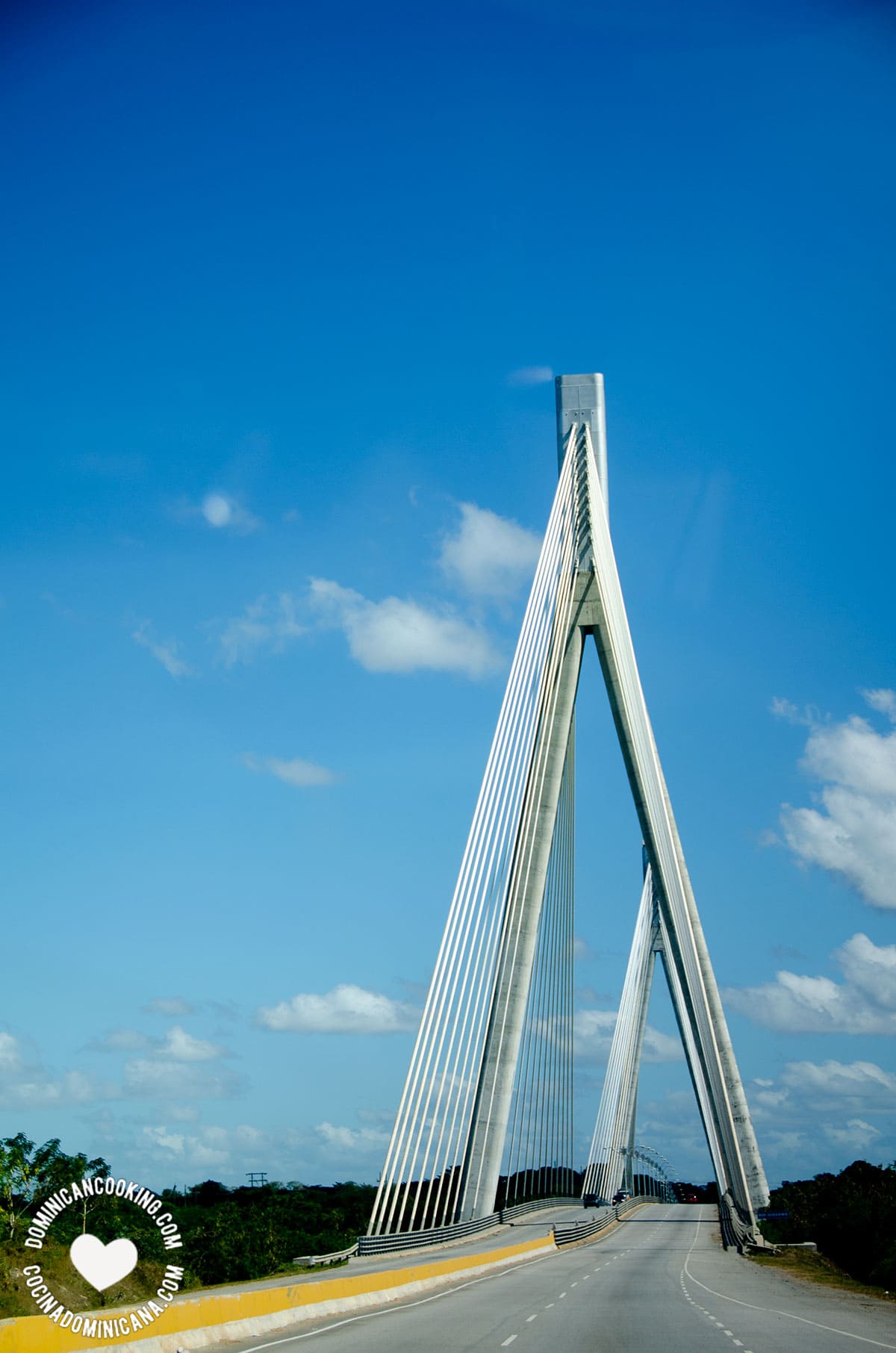 Follow us on a culinary tour and get to know the Dominican regions, learn about Dominican gastronomy by region, and what the Southwest, Northwest, Cibao, South, North, and Santo Domingo, among others, have to offer.

The occasional visitor could be forgiven for thinking that there are no regional cuisines in the Dominican Republic because this is a small country. Up to a point, this is not far from the truth, but to any Dominican, it is obvious that each region is best known for certain dishes.

Follow us on a culinary tour of the Dominican Republic regions.

The Northwest region of the country is popularly known as "La Línea", which includes the provinces of Montecristi, Dajabón, Mao, and Santiago Rodríguez.

The Northwest Line has a great variety of ecosystems, some with impressive coastlines, beautiful golden sand beaches, and tropical desert forest vegetation, with hills covered with bushes, cactus, and mesquite trees (cambrones).

Oregano grows wild in the area, and the large goat population that feeds on it --purportedly seasoning themselves as they walk and breathe-- is the best-known part of its cuisine. The northwest's flagship dish is Chivo liniero (or picante), a braised, spicy goat seasoned with aromatic herbs and abundant oregano.

In the coastal area there is a small but important fishing industry. Seafood dishes, especially Lambí (conch) are very popular.

A valley in Bonao, Cibao region

The northern region shares some dishes with the Cibao valley (the central part of the island). The valley is an agricultural region with fertile land, majestic mountains, and a moderate climate.

Buche perico, a corn stew from Moca and Cibao

Dishes like Guanimo and Buche perico are best known and loved here, and it's not rare to find that some dishes are known by different names than the rest of the country.

Such is the case of Maíz caquiao, known in the south as chacá.

Santo Domingo and the southeast have always been a magnet for immigrants, which has left an imprint on the region's cuisine.

At the end of the ninetieth century, a wave of immigrants from the Middle East arrived on our shores and settled mainly in San Pedro de Macorís and Santo Domingo.

Kipes or quipes and tipili are descendants of the Lebanese kibbeh and tabouleh. Our Niños envueltos and Arroz con fideos evolved from the Egyptian malfouf mahshi and ruz bil shereya, respectively.

Another group of immigrants who settled in the southeast was "cocolos," coming from the British Caribbean. They gave San Pedro Guavaberry, an alcoholic beverage, and johnnycake, which we turned into Yaniqueques.

Southwestern cuisine bears the imprint of our African ancestors and has several dishes in common with neighboring Haiti.

Dishes like Chambre, Chacá, and Chenchén originated in this region. The first one is a bean-based stew, and the second and third are corn-based dishes, sweet and savory, respectively. Goat meat is also popular in this region of the country.

The beautiful Samaná peninsula, impressive and long-ago coveted by many an empire, lived in isolation until relatively recently. With coconut groves that extend as far as the eye can see, it's not surprising coconut is a fundamental part of its cuisine.

Pescado con coco and Moro de guandules con coco have become favorites nationwide, and have been incorporated into our national repertoire.

During our trips there, we also "discovered" the delicious Pan de coco, a dish we hope will also become known throughout the rest of the country.

We invite you to discover our land and to enjoy this important aspect of our culture.

Pictures of Samana and Southwest licensed from Lucas Guzman Benady.