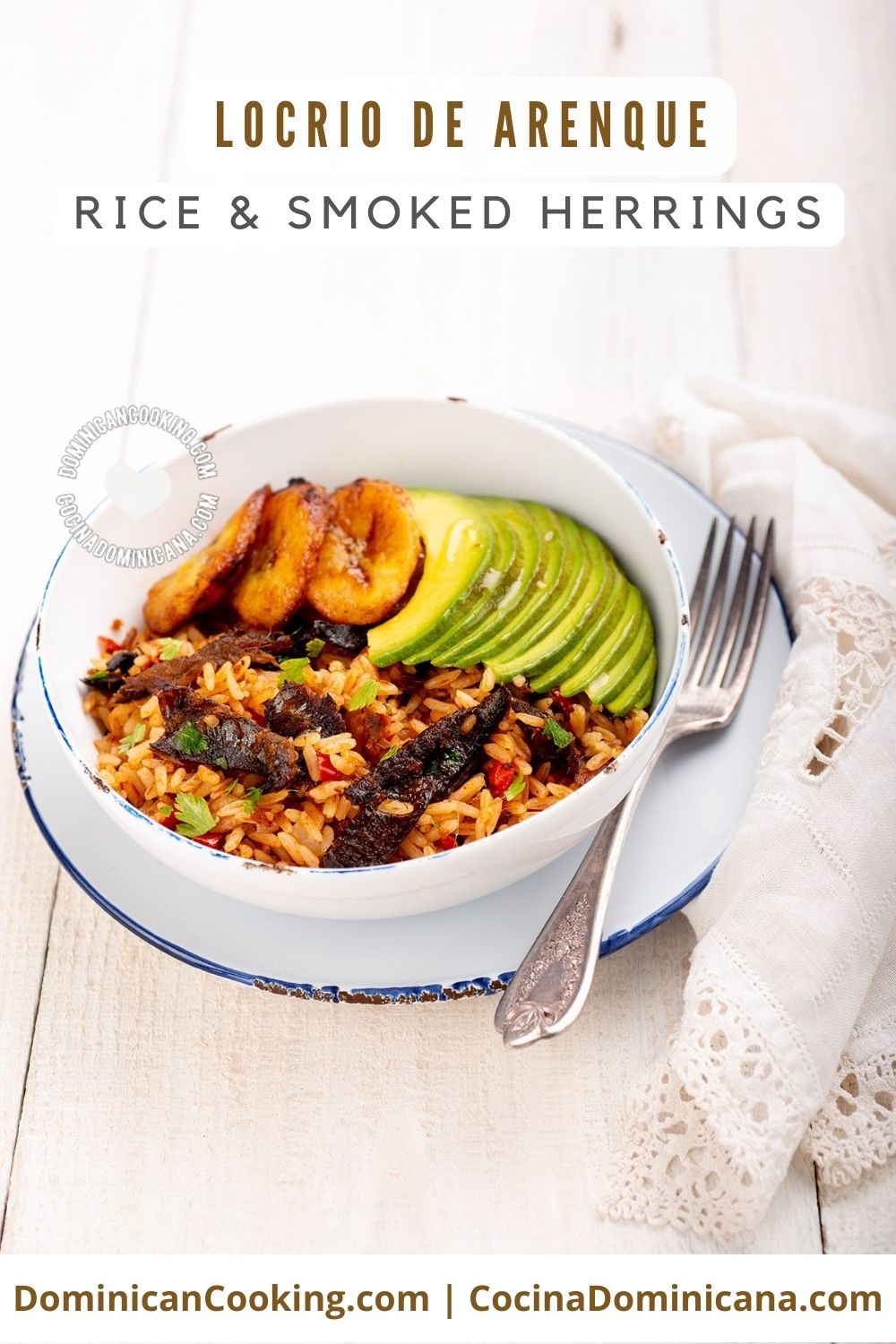 Locrio de Arenque (Rice and Smoked Herrings) is a mixture of two ingredients that arrived from faraway lands and combined into a much-beloved dish.

Locrio de Arenque (Rice and Smoked Herring) hasn't always been the beloved dish that we know today. There was a time when it was looked down upon.

Now and then you come across food snobs who make a distinction between 'haute cuisine' delicacies and what they consider to be comida de pobre, inferior foods. This is usually connected to social class and custom, and almost always with economic necessity. As time goes by many of these distinctions have become blurred. Dominicans have some colorful popular sayings on the matter:

"Arenque es comida de policías" (Herrings is policemen's food) I heard when I was a kid. It happens that, since policemen aren't exactly well-paid, one of the few things they could afford on a daily basis was smoked herrings, one of the cheapest foods decades ago. It doesn't really help that it has such a strong smell that there is little chance that your neighbors wouldn't find out what the menu of the day is when cooking it. The saying about herring been a lesser food is true no more, the price of this humble food doesn't make it affordable for the poor now.

"El que come tayota, bebe cerveza o besa una vieja, no ha comido ni ha bebido ni ha besado" (He who eats christophines [chayote], drinks beer or kisses an old woman, has not eaten, drunk nor kissed) says the old joke. Christophines or chayote, being pretty tasteless they need to be cooked accompanied by foods with strong flavors and seasoning to make them appealing, hence their fame as a lower food. Personally, it is one of my favorites, although I admit that it takes a little more cooking talent to make it into a delicious dish lest one of your guests repeat the other old joke about christophines: "It tastes the same whether you eat it or put it in your pocket".

"A falta de pan casabe" (In lack of bread, cassava bread), although it really is the Dominican equivalent to "when life gives you lemons..." it also suggests that casabe is one of our lower foods, a cheap, inferior substitute to bread. That, of course, is due to the fact that it is indeed one of those foods of humble origins (but with a long, honorable history, it was bequeathed to us by the first settlers of the island), not helped at all by it not having any distinctive taste and being only good for accompanying other foods. I've seen casabe served with delicious dips in good restaurants in the same way as crackers, pita bread or tortilla chips might be used, so perhaps it's on its way to shaking off its humble origins.

Each country has its "lesser" foods, besides these there are many more in our country, that doesn't make them any less important part of our vernacular cuisine. But one country's 'inferior' food can be another's haute cuisine: the delicious traditionally peasant foods of the Mediterranean and the Middle East are now served with great flourishes in the world's trendy brasseries: tortilla de patatas, gazpacho, hummus, ful medames and polenta for example. Is it a matter of time before we see locrio de arenque joining this list?

As well as this locrio de arenque, you can try our herring with eggs (arenque con huevo) recipe, and of course, the rich taste of stewed herring (arenque guisado).

Like with nearly all Dominican dishes, there will be many ways to make this depending on each home cook's taste and traditions, but in general, most recipes will be fairly close to this one.

One relatively obscure version is made with huevas de arenque (herring roe), but it is not as well-liked.