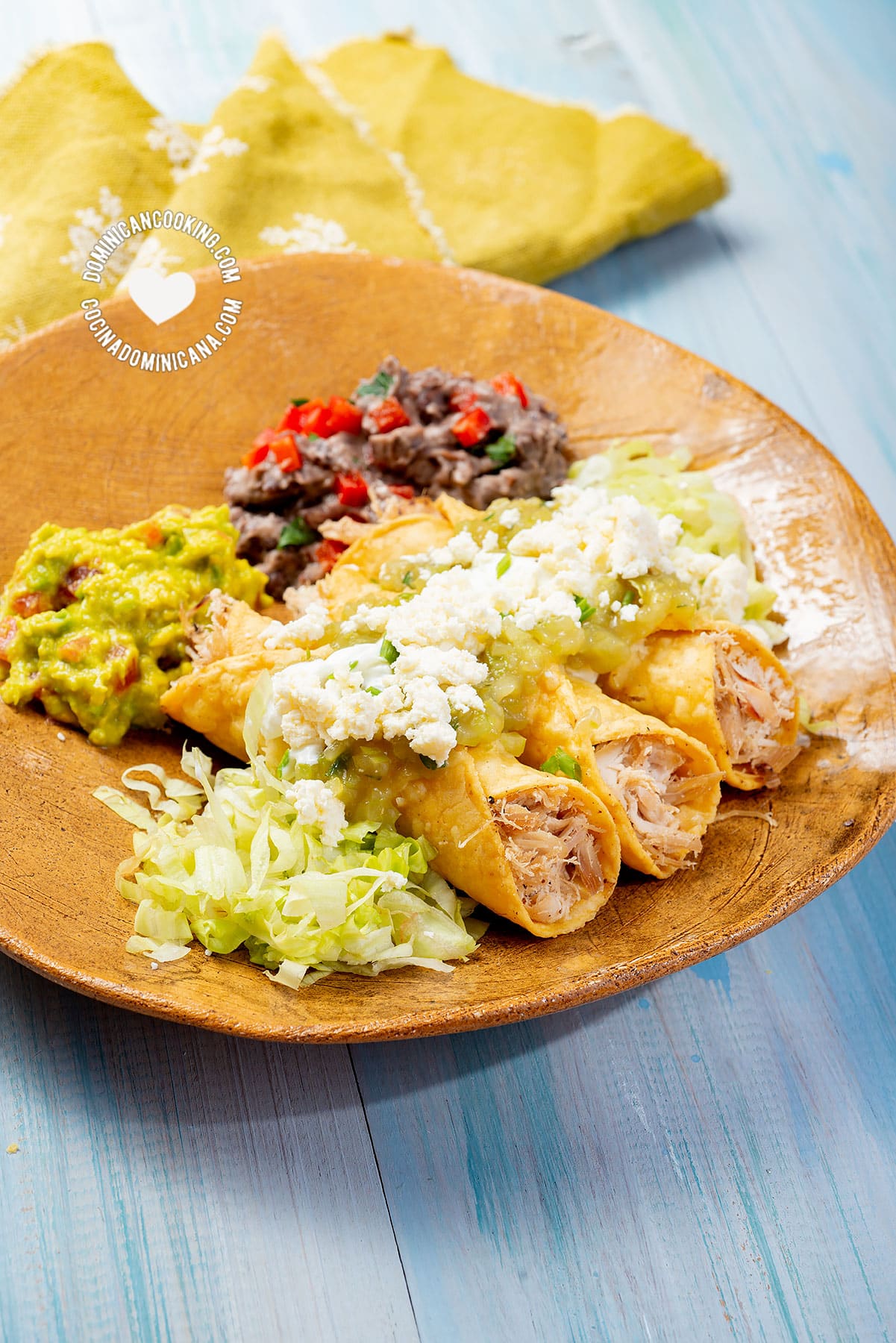 A not uncommon mistake amongst first-time visitors to the Dominican Republic is to expect that the food would be close to Mexican food. How do these two countries’ cuisines compare?

Following our series comparing other Latin American and Caribbean cuisines with ours, we now tackle one of Latin America's most complex, rich, and better-known cuisines. What are the differences between Mexican and Dominican Republic food?

Before everyone jumps up to point out the most obvious difference, let’s get it out of the way. Mexican food is famous for being spicy, while Dominican food—with only a couple of exceptions like chivo picante (spicy goat stew) and rabo encendido (spicy oxtail soup/stew)—is most definitely not. Although Dominicans will sometimes add salsa picante to their food, hot sauces are much more varied and complex in Mexican cuisine. Mexicans like their spicy hot sauces to have a depth of taste as well as fiery, palate-numbing sensations. There are countless varieties of chiles and salsas, each paired with particular dishes, almost like fine wines.

What we want to explore is how despite the fact that Mexican and Dominican cuisines have evolved from the same three traditions—Indigenous, Spanish and African—and there are many areas that we share in common, these cultural influences—gastronomy included—have manifested themselves to varying degrees and in different ways.

One of the reasons for this is that Mexico is much larger and more culturally diverse than the Dominican Republic, with more than ten times the population. Although Dominican cuisine also has some notable regional variations, the differences between Mexican regions are, as we would expect, more pronounced. Norteño, Oaxaqueño, Veracruzano, Yucateco, Poblano, Jaliscense, and Bajacaliforniano cooking have some very distinctive dishes and cuisine [1].

Unlike the Taínos on the island of Quisqueya, the indigenous populations of Mexico were not completely wiped out, so their influences on modern-day Mexican culture are not only alive and constantly evolving, but also very diverse. People of indigenous descent in Mexico are not as culturally monolithic as the Taínos were. They make up around 10% of the population with more than ten main language groups, each with their own particular traditions [2].

In Mexico and Central America, maize/corn is more than just a dietary staple – it’s also part of the ancestral cultural identity. The people of the region are known as children of the corn - los hijos del maíz. Although maize is also an important native food source in the Dominican Republic and is still a part of many everyday foods, plantains and tubers like yuca/cassava are more closely intertwined with Dominican cultural heritage and national identity, as expressed by the concept of "plátano power".

Space here is limited, so let’s concentrate on the better-known elements of Mexican cuisine, like tortillas, with which Mexicans accompany practically every meal. The closest Dominican equivalent would be casabe, which is also a flatbread (made with cassava, as its name suggests) that we inherited from our indigenous ancestors. Casabe is not eaten as frequently in the Dominican Republic compared to tortillas in Mexico. Also, Mexican tortillas can be made with maize or wheat flour, or a combination of the two, and come in a number of sizes, thicknesses, colors, and textures, depending on the dish [3].

Both nations adore avocados but do different things with them. Dominicans eat avocados in chunks or slices, as a complement to main dishes like sancocho, or salted and mashed in a bread roll. In Mexico, guacamole is the most internationally famous avocado-based recipe, but it is just one of many ways in which Mexicans enjoy their avocados.

Tamales and their Dominican cousins are descended from indigenous ancestors. The most popular variety of pasteles en hoja, as they are called in the Dominican Republic, is made with plantains, while most tamales in Mexico are made with maize, with the exception of several regions with stronger African-Caribbean influences where they are also made with maize dough but wrapped in banana or plantain leaves. Dominicans also have a variety of pasteles en hoja made with cassava. Guanimos are probably the closest we get to Mexican tamales, because they are made with cornmeal and may be wrapped in cornhusks as well.

Compared to the Dominican Republic, the African influence is not as noticeable in Mexico overall, but there are Afrodescendant populations in the states of Veracruz, Oaxaca, and Guerrero and this is reflected in their cuisine [4]. A look at famous dishes of Veracruz, to take just one example, reveals some familiar flavors with unfamiliar names. Arroz a la tumbada is similar to asopao. Seafood dishes in coconut sauce, cassava, and – like everywhere else in Mexico – beans, feature heavily in this region’s cuisine.

Dominicans love plantains, a rarity in Mexico, except for places like Veracruz on the Gulf Coast, one of the areas where you’ll find African-Caribbean influences in the cuisine. When you do see plantains on the menu, they tend to be ripe rather than green, and are often served in soup, in purees, baked, or fried.

Rice, from Asia via Spain

For Dominicans, rice is an almost indispensable daily staple, but although there are some Mexican rice dishes, it’s never eaten as plain white rice but as arroz rojo with tomato sauce and vegetables, and the servings are much smaller. Rice is one of the foods that were brought over to the new world by the Spaniards, who in turn, received it from Asia [5].

Mexicans and Dominicans have different names for beans, and we cook them in different ways. But if you thought habichuelas were important in the Dominican diet, Mexicans take it much further. Beans are even eaten for breakfast, usually as frijoles refritos (refried beans).

What other foods do we have in common?

Which foods and drinks are common in Mexico, but not in the Dominican Republic?

Which foods and drinks are common in the Dominican Republic, but not in Mexico?

The main Dominican foods and drinks that come to mind are concón (crispy rice), casabe (cassava flatbread), mamajuana (an alcoholic drink made with herbs and tree bark steeped in rum, red wine, and honey), mabi (a Caribbean fermented beverage called mauby in English); habichuelas con dulce (sweet cream of beans), and dishes made with plátanos verdes (green/unripe plantains) like mangú.

(Thanks to nuestra amiga mexicana aplatanada and food lover Iliana Núñez for her expert help with this article.)