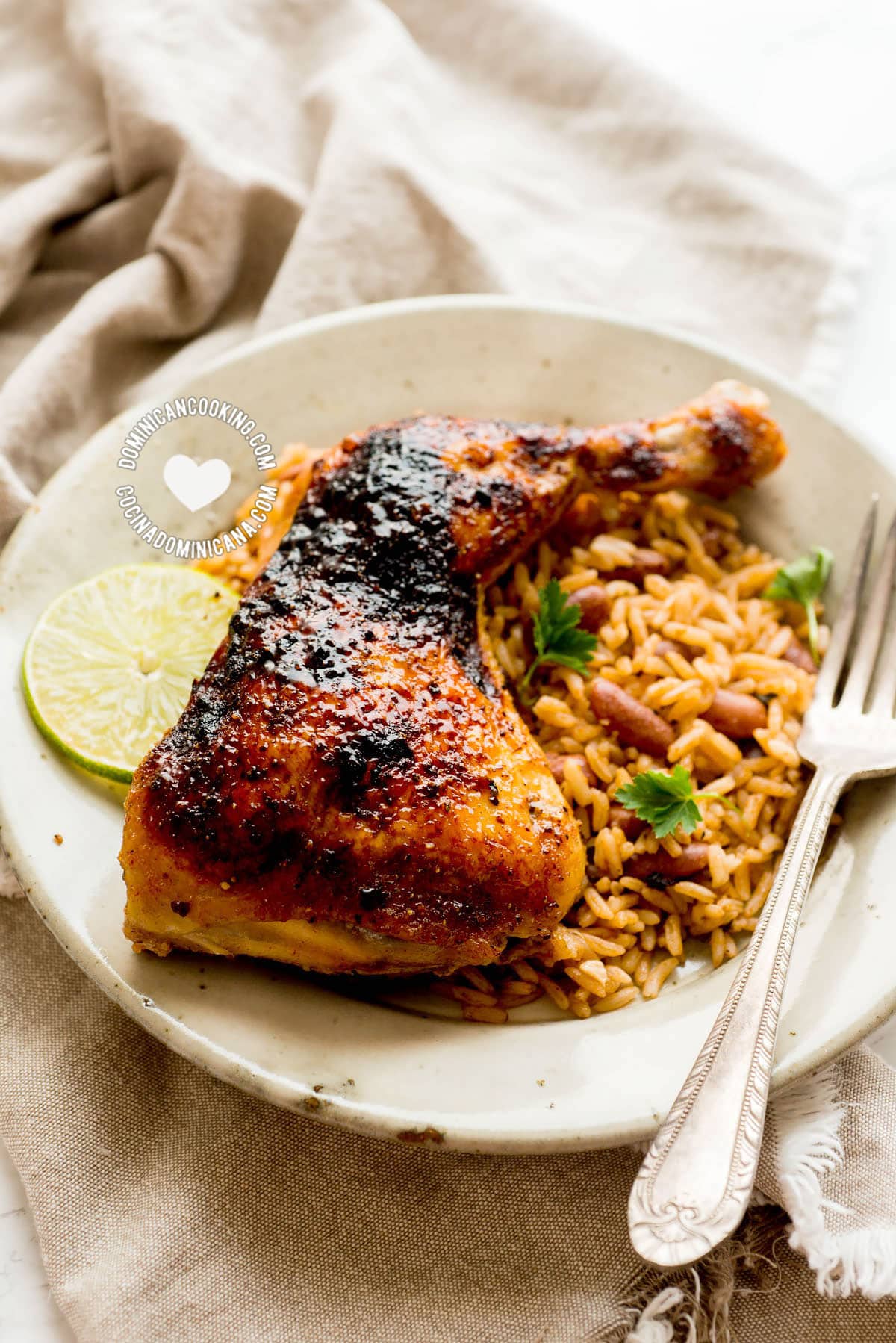 As part of our occasional series comparing ours with food from neighboring Latin American and Caribbean countries, we'll talk about Cayman Islands food. Let's explore this trio of islands – Grand Cayman, Cayman Brac, and Little Cayman – with the help of an expert.

The Cayman Islands have a very humble culinary history. This trio of islands about 90 miles south of Cuba, 175 miles northwest of Jamaica, is a British Dependent Territory like the British Virgin Islands and Turks & Caicos. Although sighted by Columbus in May 1503, and a provisioning stop for 16th and 17th-century mariners and Buccaneers, the first settlers didn’t arrive until the early 1700s.

They were from the British Isles via Jamaica and a rugged, resourceful, independent lot with incredible survival skills. These rocky, low-lying islands were remote, swampy, and mosquito-infested and the rich red soil of the rocky interior was overgrown by dense bush and not discovered until much later.

They learned how to farm on a small scale—and how to fish. The earliest foodstuffs were tubers and starchy vegetables grown as “ground provisions,” in small kitchen gardens along with whatever they harvested from the sea. Eventually, each family raised a few chickens and maybe a pig and cow. Many basics remained imported luxuries, from salted cod and meats to sugar, flour, and rice.

Cayman developed one of the world's most famous seafaring cultures and turtle, conch, fish, and lobster filled the iron pots. Turtling was the main industry from the time the islands were first settled until the mid-20th century. Turtle (green sea turtle) is still considered our national dish, but it's important to mention that only a few Caymanian-born fishermen are licensed to take sea turtles today.

Our turtle meat comes from the Cayman Turtle Farm, established in 1968 as Mariculture Ltd., now a government facility that raises farm-bred stock -- it is not a ranch that gathers wild turtles for slaughter! It is dedicated to research; releasing hundreds of young turtles into the wild each year, and providing local people with a limited source of meat, to preserve an important part of our heritage. Otherwise, these creatures are fiercely protected.

Traditional Cayman Islands cuisine has never been properly recorded and today many recipes exist only in the memory of older Caymanian cooks who devoted long hours to creating delicious meals, “one pot at a time” outdoors in covered iron pots. The “cookrum” was a separate outer building where the cooking was done, often using a unique kind of fireplace called the caboose—a wooden box filled with sand in which the firewood was placed.

What do they eat in the Cayman Islands?

Uniquely Caymanian dishes have been mistakenly called "simple” because they have few ingredients: “a meatkind” (fish, turtle, conch, chicken, salt beef, or other meat) and "breadkind" (breadfruit, yam, cassava, and other starchy vegetables) coconut milk and other basic seasonings. But they’re not simple in the time and labor required to make them – Caymanians cooked "slow food" long before it became a new Millennium movement. Our Caymanian favorite traditional dishes include turtle stew, conch stew, and "coconut dinner" or "rundown" (like “oil down” from Barbados): a rich stew of fish or salt beef cooked in coconut milk with 5-6 kinds of starchy vegetables, pumpkin, “cho-cho” (christophine or chayote), onion, sweet and hot peppers.

Local beef and pork, cooked together, were saved for Christmas. Chicken was Sunday dinner, but not every week. Without the rich culinary influence of the Spanish, our spices consisted of coconut (as a seasoning as well as a cooking ingredient) green sweet pepper, seasoning peppers, country peppers; (Scotch bonnets) scallions, black pepper, and salt. There was no cumin, achiote, cilantro, culantro, coriander, oregano, or even Spanish onions and garlic until much later.

The locals used coconut oil, not olive oil. And even rice was an expensive luxury until the 1960s.

When it comes to cooking fish, Caymanian men still rule the cast iron skillet. Forget fish and chips—our favorite is fish ‘n fritters (or flitters as some call them), seasoned fish (not battered) traditionally fried in coconut oil with fried dough balls. What Jamaicans call “johnnycake” is a fritter in Cayman. Our johnnycake is more like Irish Soda Bread without raisins.

Our favorite traditional dessert is a dense, sweet pone-like confection called heavy cake, or cassava cake made with grated cassava (variations include yam, breadfruit, and cornmeal) coconut milk, brown sugar, and spice, which is boiled together until syrupy then baked until... fudgy? It’s difficult to describe the texture but not the same thing as cassava pone. For Christmas and weddings, we love our dark Caymanian fruit cake, made with butter and, five kinds of fruits soaked in J. Wray & Nephew Cake wine (cream sherry and rum are also used).

Other influences on Cayman Islands cuisine

What’s presented by restaurants as "local food" these days is really a fusion of our unique culinary heritage, and Jamaican, Honduran, and southern Cuban dishes. Even our rice ‘n beans, made with coconut milk and red beans, is Jamaican in origin. English culinary influence is minimal—probably most evident in our spice bun and fruitcake. We still snack on meat patties and coco bread, tinned corn beef sandwiches, and little sweets like coconut drops and homemade peppermints.

We also have our seasons – wahoo season lures men into playing hooky in February, when what we call "queenfish" are running at their peak. Tuna season comes in April and May. Land crabs, now scarce, come out after the first spring rains in April and May (we hope!). Conch season is open between November and May, with strict limits. Lobster has an even shorter season today, from December 1 until February 28.

Mango season is a whole other subject – from late June until early September, we have mango madness, choosing from more than 40 varieties today.

Today, cosmopolitan Cayman, one of the world's five largest financial centers, is a fusion of almost 100 nationalities. Our sophisticated and well-stocked supermarkets reflect this. Our local agriculture struggles, as people prefer imported produce. Many of our own people under 50 have no idea what true Cayman-style cuisine is.

Thanks to tourism and television, this country is far too American in its taste preferences. The national dish often seems to be “a whopper and fries”, and junk food has replaced natural snacks such as green mango or guinneps plucked from the tree.

Barbara Currie Dailey lives in the Cayman Islands and is the author of Tortuga Rum Fever Caribbean Party Cookbook. She is now working on a book about Caymanian cooking. We thank her for her excellent and valuable contribution.

The Cayman Islands are most famous for being a financial center and a tourism destination with attractions such as Seven Mile Beach and some of the best snorkeling and scuba diving in the Caribbean. Promoted as the "culinary capital of the Caribbean" the Cayman Islands are a gastronomic paradise with a broad range of cuisines represented in its restaurants, from fine dining to seafood shacks. Traditional seafood dishes on their menus include conch soup, conch fritters, ceviche, and coconut shrimp.