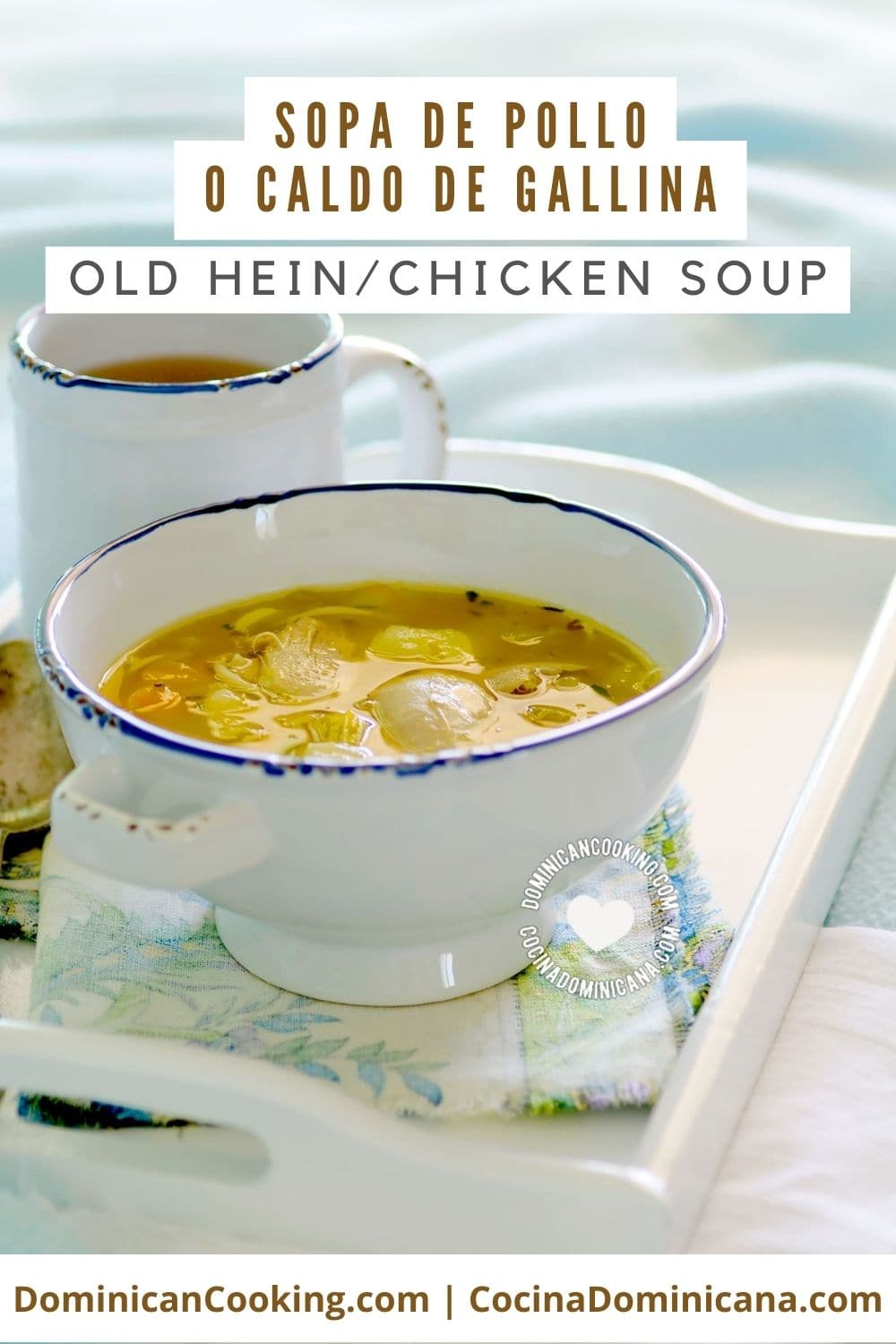 Dominican sopa de pollo, or caldo de gallina is far more than just a dish. It is half nourishment, half ancestral medicine. A dish steeped in our oldest traditions and popular beliefs.

Before we got our chicken neatly packed from the supermarket, most Dominicans lived in rural areas grew and raised their food–at least partially. Keeping "creole" chickens was not just relegated to the campos. In my paternal home, we kept chickens in the backyard growing up, and fresh eggs was part of our regular diet.

Good hens, once they left behind their peak egg-laying days, were destined for the pot, but saved for the times when convalescent family or relatives, or recién paridas (women who had just given birth) were in need of a wholesome, restorative caldo de gallina criolla vieja.

The soup is hen soup, never chicken, because they are "very cold", without "auyama", because everything that comes from vines can "lock" the child. [1] (Translation mine)

Where we can find an old "creole" hen in these urban environs nowadays, I do not know, so use chicken if you can't get hold of an old hen.

And I have added auyama, as I have no newborns I fear may be "locked" (whatever that is). Auyama gives this soup the nicest color and creamiest consistency. 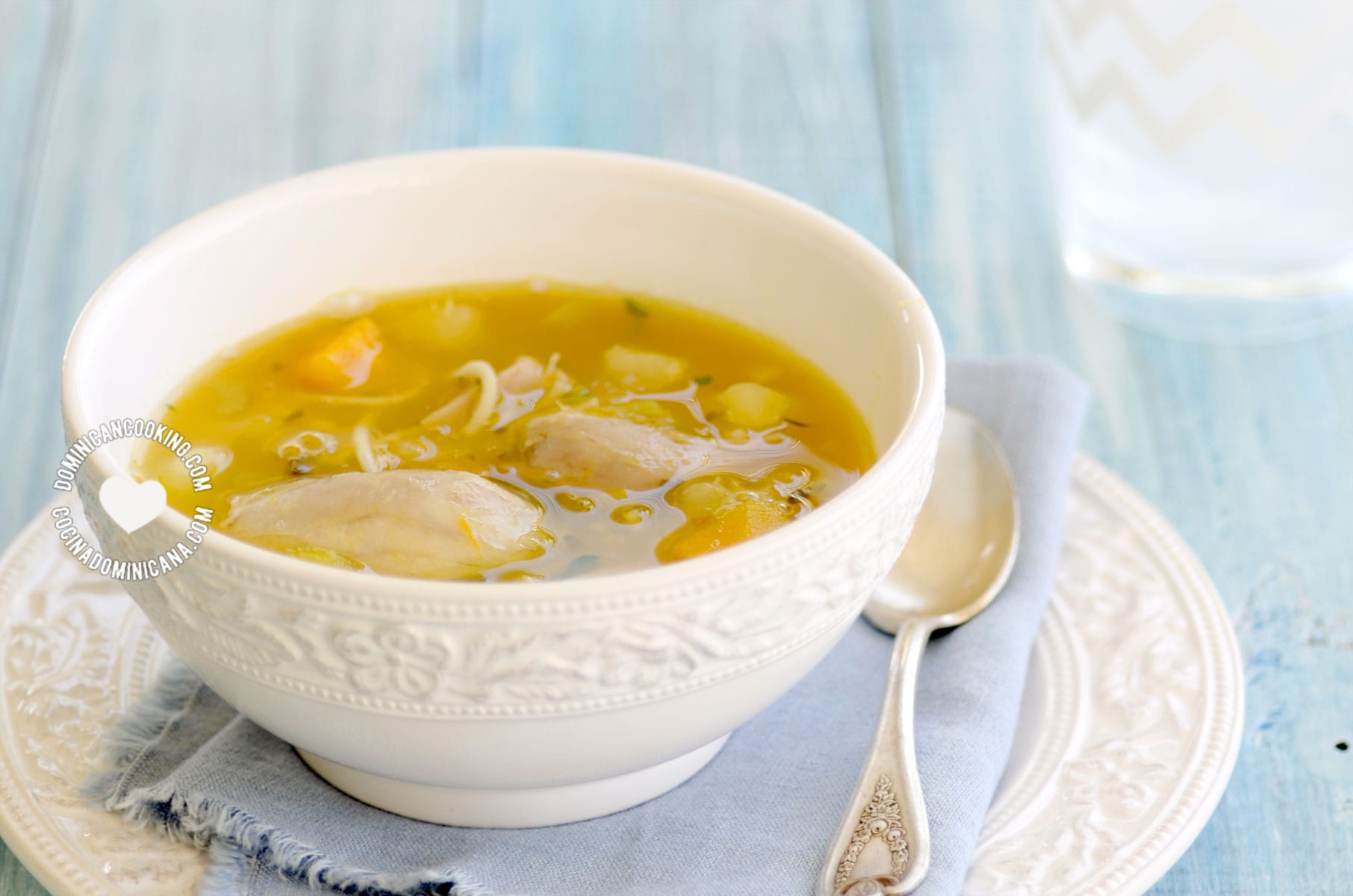 If you do get hold of an old hen, be prepared for a long cooking time. In that case a pressure cooker will shorten the cooking time a whole lot. I prefer to use homemade vegetable or chicken broth instead of bouillon cubes. It's a personal preference.