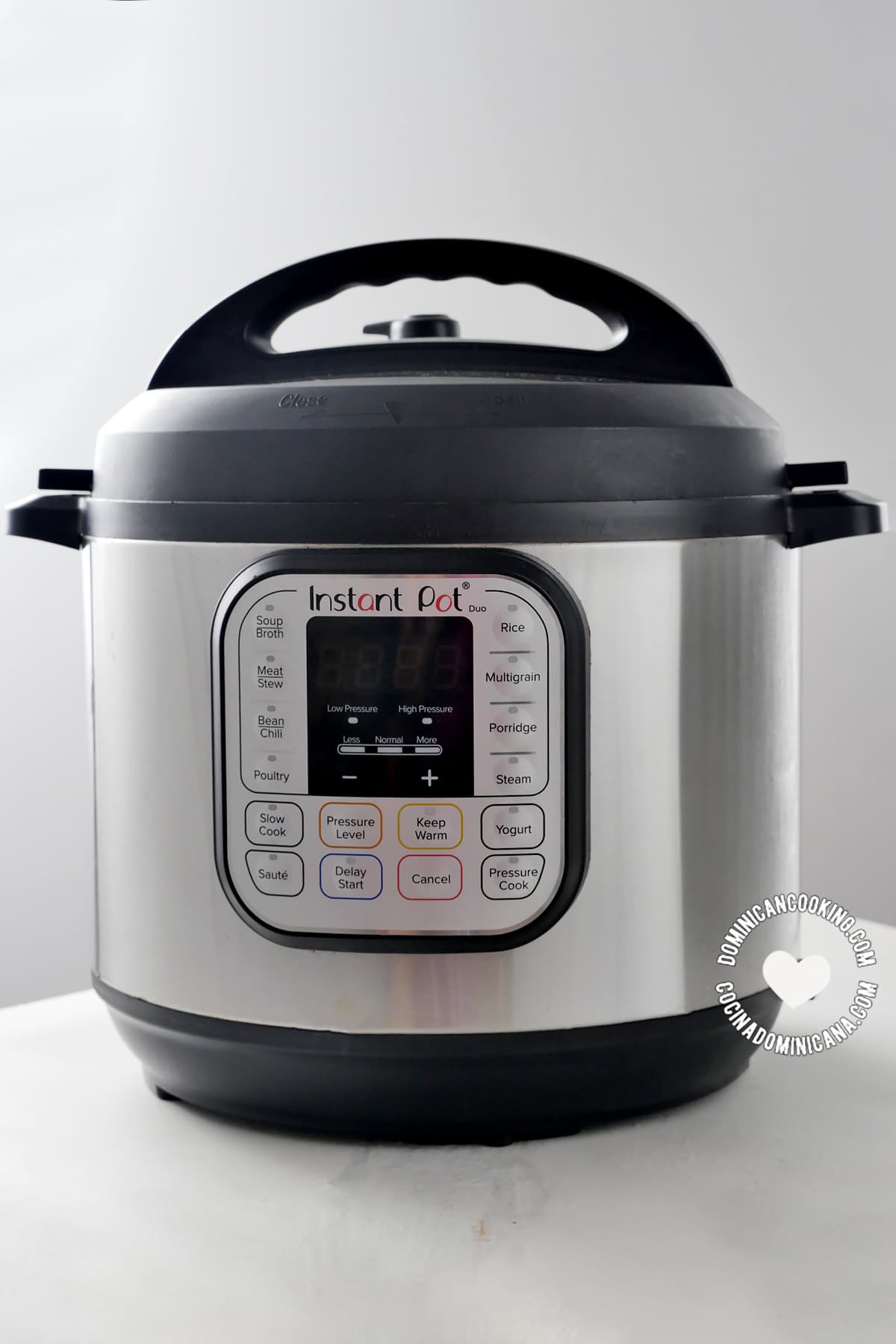 Technically, you don't need a pressure cooker, but if you’re cooking Dominican food, it'll make your life a whole lot easier, for several reasons. If you’re skeptical about pressure cookers, we’re here to show you why it could be a transformative choice, so please read on.

Pressure cookers are common in the Dominican Republic because we cook our beans from scratch. We also use our pressure cookers to tenderize inexpensive cuts of meat or to make stews.

This cuts down on the long boiling times involved when using conventional cooking pots.

Apart from preparing basic ingredients like habichuelas (beans), guandules (pigeon peas), garbanzos (chickpeas), and tenderizing meats, we can also use a pressure cooker for these recipes:

As mentioned above, a pressure cooker significantly reduces cooking time. For example, boiling dry beans that have been soaked overnight can take up to an hour in a conventional pot, but it only takes around 15 minutes in a pressure cooker.

Shorter time on the stovetop means less fuel is used. These reduced cooking times will save you a few pesos on gas or electricity, as much as 70% of the cost of cooking conventionally, so a pressure cooker will soon pay for itself via lower household bills.

By using less fuel you’re saving energy, thus making a positive contribution to the environment, so a pressure cooker is also an eco-friendly choice.

It’s better for your health.

Pressure cooking eliminates some of the toxins present in foods, and preserves around 90% of nutrients like vitamins and minerals compared to 75% when steaming, 57% when roasting, and 40% when boiling.

Foods will retain more flavor as well as nutrients when cooked in a pressure cooker.

Using a pressure cooker also keeps the kitchen cooler because much less steam is released from the pot during the cooking process, a definite advantage in a hot climate like ours.

How can I be sure my pressure cooker is safe?

Rule no. 1: Read the owner's manual, and first and foremost, use as instructed by the manufacturer. Each pressure cooker is different, and whoever built yours has the best information on how to use it properly and safely.

To ensure you’re using your pressure cooker safely, take care not to overfill the pressure cooker (never more than ⅓ of its volume), especially if you cook beans or other meats that tend to produce a lot of foam. Also, make sure you never leave it unattended.

When it comes to pressure cooking, it’s better to have too much water than too little. I never start mine with less than a quart of water (1 lt).

Do this: Cover, seal and start over high heat, once the whistling starts, lower heat to medium-low. Stop it in 15 mins. Put it in the sink and open the water, it will cool in a minute or two. Stop the water, carefully remove the valve, open and check food for doneness, back to the stove if necessary.

Once you’re familiar with your stove/pressure cooker team, you’ll be able to eyeball it.

Should I choose an electric or stovetop pressure cooker?

Another concern is the cost, but as mentioned above, the savings in time and fuel bills will make up for this relatively quickly. It is always worth investing in a higher quality model of pressure cooker for best results and durability, as well as for safety reasons.

How to make the most of your pressure cooker

Once you’ve chosen the pressure cooker route, it’ll take some time to get the hang of using it. Here are some essentials.

How long does it take to cook beans and legumes?

Your pressure cooker will come with a manual, listing the suggested cooking times for certain foods. There will always be slight variations depending on the freshness of the dried beans. If you live more than 1,000m above sea level, this will also affect cooking times.

Here are the approximate times for beans that have been soaked overnight. Unsoaked beans will take more than 30 minutes.

Approximate pressure cooking times for beans and legumes, soaked overnight, and counting from the time the cooker starts to whistle.

With so many new labor-saving kitchen appliances available on the market, sometimes it’s difficult to remember what each appliance is used for. Here’s a handy guide.

Pressure cookers can be used for all kinds of food and dishes, while rice cookers -as the name suggests- are only used for cooking rice.

A pressure cooker speeds up the cooking process, while a slow cooker (AKA crockpot) is for cooking food on a very low heat over several hours.

Air fryers are mini-convection ovens that cook by heating the air around the food, in the same manner as an oven, toaster oven, or braiser. Air fryers and pressure cookers are not interchangeable.

How to open pressure cooker?

The best way is to follow the manufacturer's instructions in your user's manual. Remove the pressure cooker from the heat and let it cool down, remove the valve to break the vacuum, then open it. Under NO circumstances try to open it while still hot.

How to cook rice in pressure cooker?

You can also cook rice in a pressure cooker, with a 1-1 ratio, high pressure for 3 minutes, natural release for 10 minutes.

How to cook beans in a pressure cooker without soaking?

To cook beans in a pressure cooker without soaking cook for 30 minutes counting from the time it starts whistling. 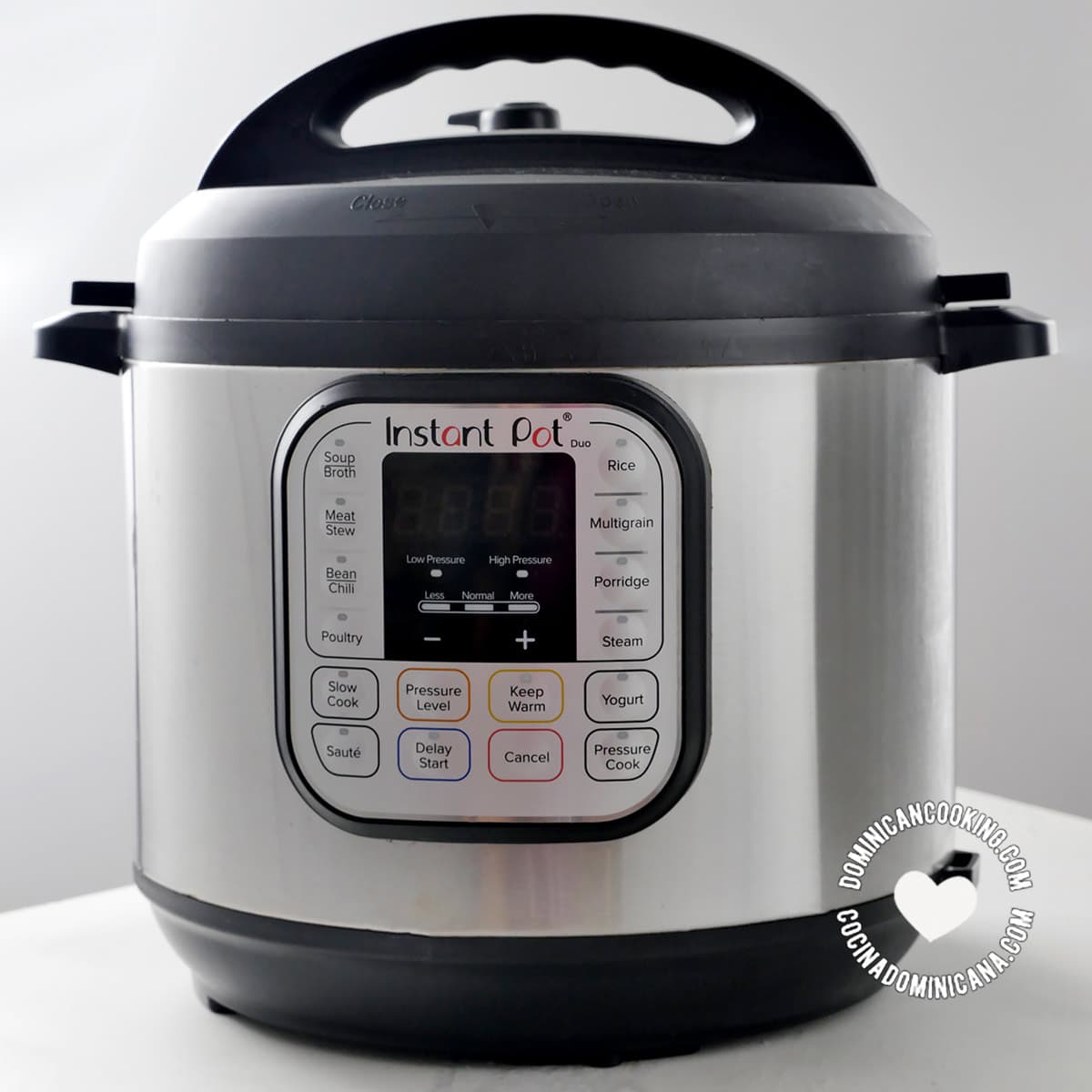 By: Clara Gonzalez
Learn everything you need to know to use your pressure cooker or Instant Pot. We answer all your pressure cooking questions and give you some great recipes to try.
5 from 1 vote
Save for Later Send by Email Print Recipe
Cook Time 15 mins
Total Time 15 mins
Course How-To
Cuisine Caribbean
Servings 4
Calories 335 kcal

Boiling beans in the Instant Pot

Try these other pressure cooker recipes: