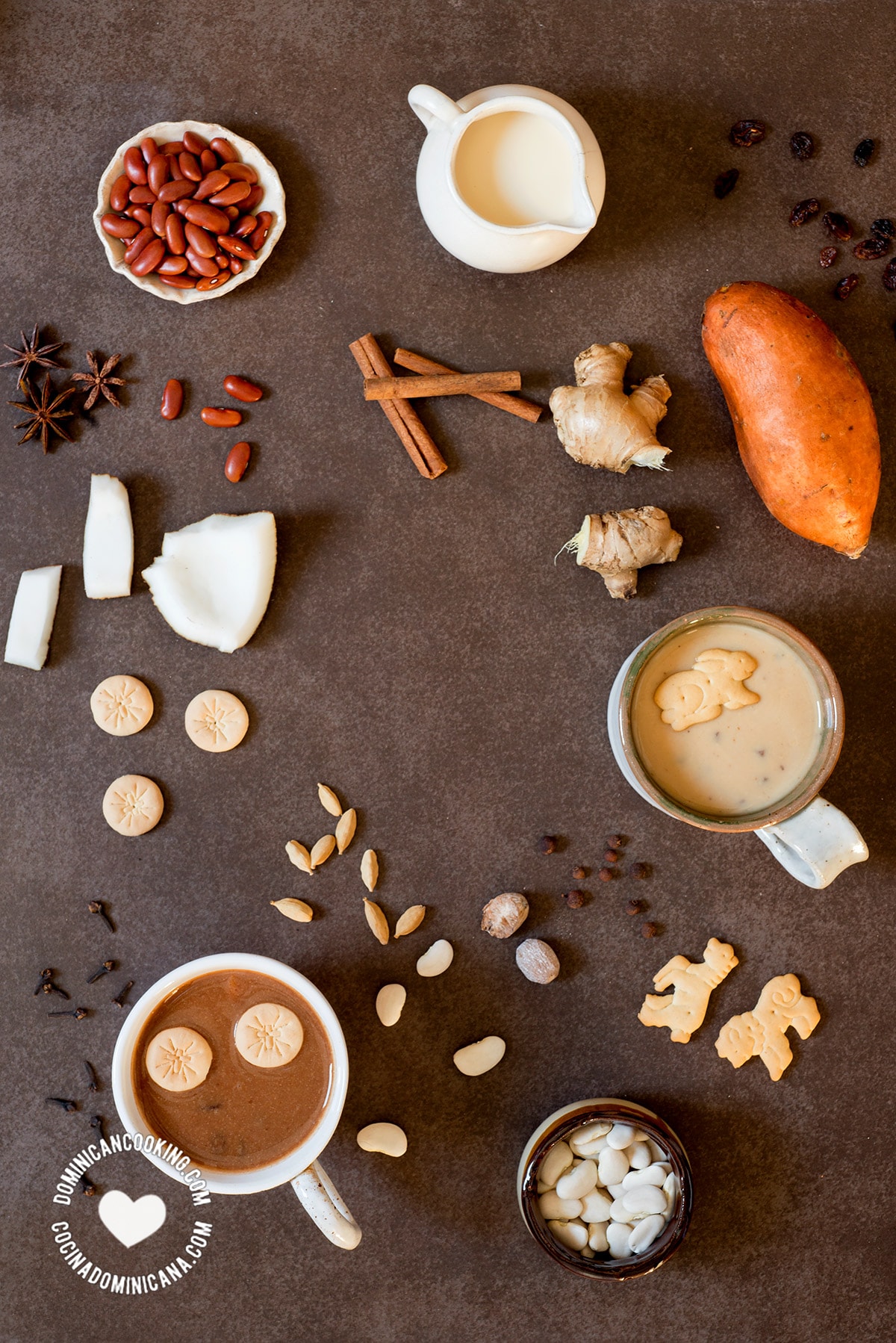 A bean-based Dominican dessert, and one our most popular dishes, but, where did the traditional Dominican Easter favorite Habichuela con Dulce come from? Let's see if we can solve this mystery.

I made some inquiries and found a few examples of bean-based sweets and desserts in different parts of the world. In the process, I also discovered a couple of new theories about the origin of Habichuela con dulce in addition to the ones I had already come across.

Some time ago one of our readers left a comment on the blog saying that Habichuela con dulce was derived from a Turkish dish called Aşure or Ashure, also known as “Noah’s Pudding.”

If this is the case, Ashure traveled to the Dominican Republic in the late 19th or early 20th century along with other classic dishes like Taboulleh, Bil Shareyah, and Kibbeh brought over by immigrants from the former Ottoman Empire and adapted along the way. Not only is Ashure made with similar ingredients including sugar, beans, and spices, like Habichuela con dulce it is also associated with a religious period of fasting.

“The first month of the Islamic calendar is Muharrem. It is a good deed to fast the first 10 days of Muharrem, and then on the 10th day, the Day of Ashure, to cook and share ashure with your neighbors and relatives.”[1]

Another theory I encountered was an article that says that Habichuela con dulce is derived from a French dish that was brought over in the 19th century by colonists who had settled in what is now Haiti before moving to the Dominican Republic via Tía Clara’s hometown, Montecristi.[2] What is the French dish referred to in Spanish as “frijolillos azucarados” though?

I also found what could be a long-lost cousin. Peru’s Frejol colado, made with black beans, milk, sugar or panela, almonds, and roasted sesame seeds is said to be of African origin, which could also be where Dominican Habichuela con dulce came from, especially as the concept is more or less the same, even if the ingredients vary.

As other comments on the blog point out, some Asian culinary traditions use beans in sweets and desserts. In the Philippines, for example, there is an ice candy made with mung beans. Japan has a sweet snack called Amanatto - sugared adzuki beans and China has a sweet bean paste made with adzuki, mung, or soya beans, mixed with sugar and used as a filling in pastries.

Lastly, savory bean dishes can also work well with a sweet touch, like some variations on the standard bean stews in the Dominican Republic and other Latin American countries that sometimes include a bit of sugar.

There is also the Chinese sweet bean sauce that accompanies roast duck, my mum’s tangy Mediterranean bean soup with vinegar and sugar, and that British breakfast standard, canned baked beans.