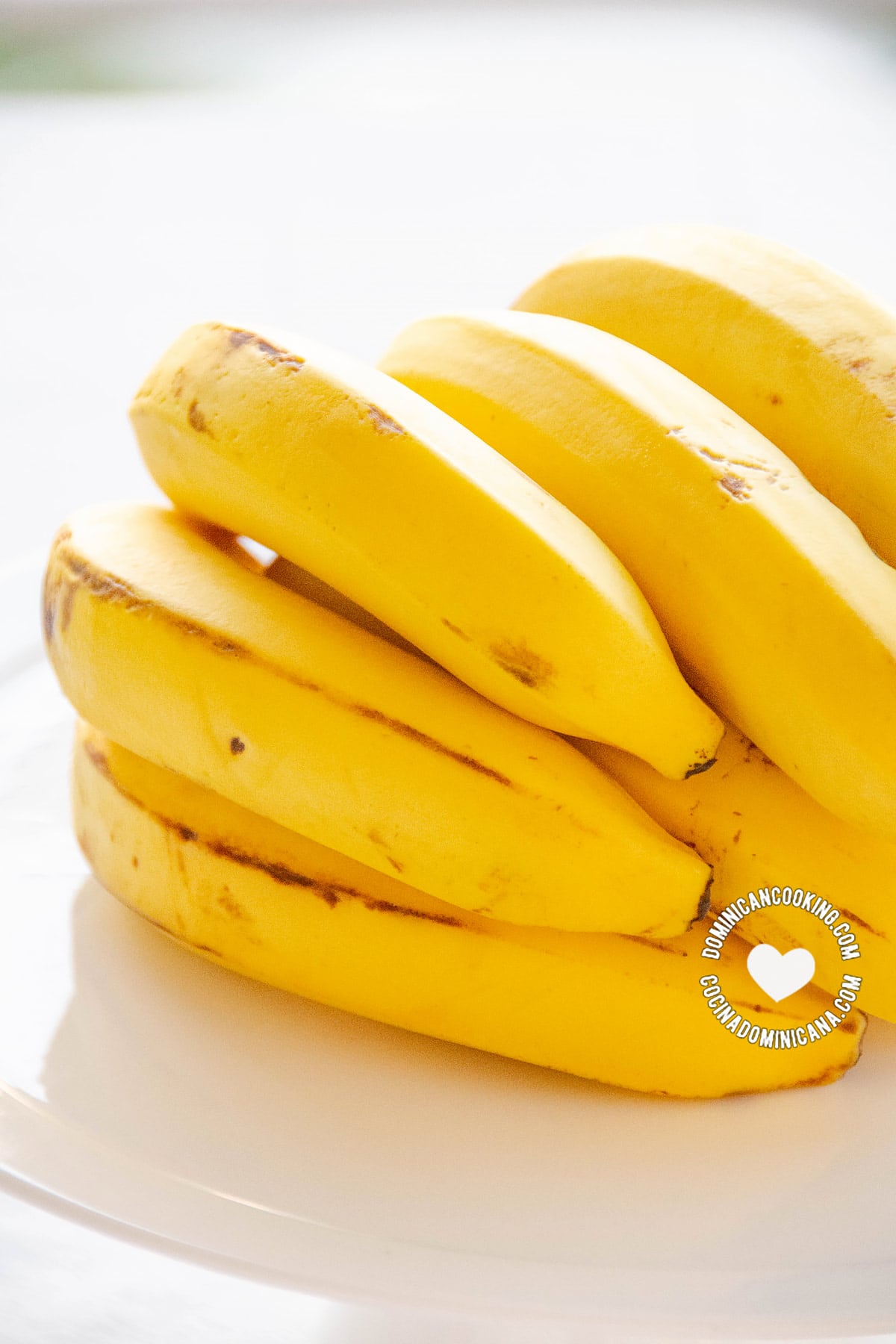 Have you ever wondered why Dominicans – and many other Latin Americans – call banana "guineos". Banana in Spanish is typically also called banana, so we wondered too, and we explore the convoluted origins of this linguistic curiosity that had baffled us for so long.

Firstly, it’s worth mentioning that the word guineo also means banana, or a different variety of banana, in several other Spanish-speaking countries, or in specific regions within them, including Puerto Rico, Colombia, Costa Rica, Nicaragua, Honduras, El Salvador, Panama, Cuba, and Ecuador.

The origin of the word

Plantain in the DR is plátano, and banana is guineo. In the same way as oranges are called chinas because they do indeed originate in China, could bananas be called guineos because they come from… Guinea? The question is, which Guinea?

Guinea now forms part of the names of no less than three different countries in West Africa (Guinea Bissau, Equatorial Guinea, and Guinea Conakry) and one country in South-East Asia/Oceania (Papua New Guinea). It also appears as the name of a bird, guinea fowl, or guinea in Spanish, itself of African origin and fairly common in the Dominican Republic.

Historically, Guinea was the name for much of West Africa, and the word in fact derives from the Berber (the language spoken in North Africa) for ‘land of the black people’.
However, bananas are not actually native to Africa, although, by the 16th and 17th century, when the slave trade was at its height, they were pretty much well established there, having been brought over from their native South-East Asia by Arab traders centuries earlier. The word ‘banana’, it turns out, comes from the Arabic for ‘finger’. It was the Portuguese, in turn, who brought bananas over from Africa to Latin America and the Caribbean, more or less at the same time as the slave trade.

West Africa is where most if not all the enslaved people who were forced to work in the plantations of Hispaniola by the French and Spanish came from. In the early days, they would refer to their native land not as ‘Africa’ but as Guinée (French for Guinea).
Interestingly, though, guinée does not survive as the word for banana in neighboring Haiti. The Haitian Kreyol for banana is figue (French for ‘fig’) or figue-banan. This is a curiosity in itself – the Portuguese used to call bananas ‘garden figs’ or ‘Indian figs’ in the 16th century, coincidentally around the time they were busy introducing bananas to the West Indies. In Haiti, plain banan is the word for plantain.

Why bananas are called guineos

Although it is likely that the reason bananas are called guineos in the DR is that they were believed to have come from Guinea, namely Africa, their true origins are in South-East Asia, or more precisely, Oceania, on an island that coincidentally, is called Papua New Guinea. Papua New Guinea received the ‘New Guinea’ part of its modern-day name from the 16th-century Spanish explorer Yñigo Ortiz de Retez, who like many of his contemporaries, saddled a nation with a name based on a vague notion that its people bore a resemblance to West Africans.

So, in conclusion, bananas are called guineos in the DR and some other places because they came from an area in West Africa known as Guinea, which in turn gave its name to the island in South East Asia, now called Papua New Guinea, where bananas came from in the first place.

Our original article on this subject, published in 2007, received considerable feedback, and this new version incorporates some of the new information we received from you, our readers. If we left anything out, please let us know in the comments.

What are fried bananas called in Spanish?

In the Dominican Republic, fried bananas would be guineos fritos but this is not a traditional dish. If by bananas we mean plantain, fried plantains are called tostones or fritos in Spanish. A distinction is made between fried unripe (green) and ripe plantains. The former is tostones or fritos verdes, the latter fritos maduros. In several other Spanish-speaking countries they are called patacones.

How do you say banana and plantain in Spanish?

The word Dominicans use for banana is guineo. The word banana is almost universal and is used not just in English and Spanish, but also in countless other languages. In Spanish, the word banana or banano is widely understood, as it refers to the plant (banano) or in a generic way: La cosecha bananera - the banana harvest. Banana means the fruit itself in Argentina, Uruguay, and Paraguay and as an alternative word in several other countries.

What's the difference between plantain and banana?

Plantains are green and are eaten boiled, roasted or fried. Bananas are sweet, eaten raw, or when they are green, they can be boiled, as in the traditional Dominican breakfast of Savory green bananas.

What color are bananas in Spanish?

How do you spell banana in Spanish?

Depends where you are. In Argentina, Paraguay, and Uruguay it is banana, with the same spelling as English. In Spain, Bolivia, Chile, Mexico, Peru, Ecuador, and Equatorial Guinea, it is plátano. In Cuba it is plátano fruta. In the Dominican Republic and the other countries mentioned above, it is guineo. In Colombia, it’s sometimes called maduro. In Venezuela it’s cambúr and in eastern Bolivia it’s gualele. (This does not include regional variations within these countries).

What do Spaniards call bananas?

In Spain, bananas are plátanos, so Spaniards call them plátanos. Plantains are known as plátanos de freír.

What do they call bananas in Cuba?

In Cuba, the main name is plátano fruta, while plantain is plátano macho. In the east of the country, bananas are also known as guineos. A smaller variety of bananas is also called guineo.