Mangú is the best known and most representative dish of the Dominican breakfast, one you should most certainly try.

Mangú (Mashed Plantains) is one of Dominicans' favorite dishes, and yet we sometimes hear that "el plátano embrutece". It means that eating plantains is associated with intellectual inferiority. The popular extension of this myth is that children who eat corn flakes are more intelligent than those who eat Mangú.

What lies behind this saying?

There is a socio-cultural element here and that’s probably where the myth originates. Mangú is a traditional Dominican breakfast, eaten in the campo and in poorer homes.

Having said that, I have still to meet a middle class or even an upper-class Dominican who looks down on mangú Dominicano. That is one of the things I love about the country: despite sayings like ‘el platano embrutece’ Dominicans are still fiercely proud and appreciative of their traditional cuisine, and are not about to replace it completely with foreign substitutes. It is less and less frequent to hear the saying.

Mangú, the Dominican-style mashed plantain dish, is one of the best-known and most representative foods in Dominican cookery. Served with "Los Tres Golpes", it could probably be called Dominicans' Official Breakfast Dish.

According to my research, plantains are nutritionally beneficial, they have more than twenty times the amount of vitamin A, about three times the vitamin C, double the magnesium, and almost twice the potassium as a banana. Very low in fat and sodium, they are cholesterol-free and offer a good source of fiber. One-half cup of cooked slices contains about 89 calories.

Doesn’t sound too bad, does it?

Plantains for breakfast are usually eaten as mangú, which involves boiling the plantains and mashing them with some salt and oils or butter. It is traditionally served with fried eggs, fried cheese, and fried Dominican salami. The dish is then referred to as Los Tres Golpes (the three strikes).

A little heavy on the system, perhaps, but nutritious enough. It also depends on how monotonous your diet is. If you eat little else but plantains it is not as beneficial as a varied diet that includes plantains.

Why is it called "Mangu"?

There's a cute apocryphal story going around that explains that mangú got its name from the expression "man, good!" (which makes no grammatical sense, anyway) supposedly uttered by American soldiers during the American occupation of the Dominican Republic when they tried mangú. This is almost certainly not the origin of the name.

Conveniently, the story doesn't even mention which American occupation. By the second American occupation in 1965, mangú had already appeared in various Dominican books dating decades prior (1), and a mere couple of decades from the first occupation. None mention anything about this purported origin of the word.

Plantains arrived in Santo Domingo from the Canary Islands in the early 1500s (2), about a decade after the first African slaves. Plantain was by then an already established crop in West Africa, and various mashed plantain dishes are part of the traditional West African cuisine (like Matoke, and Fufu, the last one still surviving in Cuba). The word "mogo" for the Cuban fufú --the closest dish to mangú we've found-- was already in use over two centuries ago in Cuba and attributed to "la nigricia", referring to people of African descent (3). It's certainly possible that these names are related, but we have found no definitive evidence of it.

It is still more than likely that the word and dish mangú are of African origin, as are many of our dishes.

Curiously, mangú is also the name for a type of religious practice of the Azande people in Congo (where most of our African ancestors came from). Mangú is the magical substance that inhabits the stomach of witches. 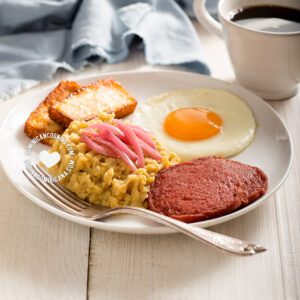 By: Clara Gonzalez
This is one of the best known and most representative recipes of the Dominican cuisine. It could probably be called Dominicans' official breakfast dish. A must-try for those sampling our cuisine. Learn how to make it with this simple step by step recipe.
5 from 44 votes
Save for Later Send by Email Print Recipe
Prep Time 15 mins
Cook Time 20 mins
Total Time 35 mins
Course Breakfast, Dinner
Cuisine Dominican, Latino
Servings 4 servings
Calories 348 kcal

I like olive oil in my mangú, but this is a matter of personal preference, so feel free to go with butter if that's what you prefer. The nutritional values are calculated using olive oil instead of butter. Shhh... Wanna hear a little non-traditional tip to amp your mangú's flavor and take it to the next level? Add a tablespoon of powdered onion to it. You can thank me later.

How do you get very smooth mangú?

A common question we get is how to get a soft mangú, my trick is to add a bit more water than it seems necessary at first, as it cools down, mangú will inevitably get harder, so start with a mushy mangú and by the time it gets to the table it will be soft and creamy. Also, you'll need to mash very well, there's nothing worse than a lumpy mangú.

Can you reheat Mangu?

Yes, you can! Microwave or reheat in a pan, just remember to add a bit more water because it will be otherwise too dry.

READERS SEARCHED FOR mangu, plantain, platano
More recipes with: green plantain, plantain, salami
Tried this recipe?Please review it, and tell us about it!

Thank you. Mi amiga Dominican could not reach her this morning, so the next best thing go on and Google and search for what I want. Wells a Dominican posting recipes. Thank you. I've been eating Dominican food and cooking for the past 30 years. I'm Black woman with a… Read more »

Military brat and also a proud member of the US Army. I've been exposed to a wide variety of cultural foods from all over the world. I was introduced to mangu with eggs and fried salami in the past few years and it is one of my favorite breakfasts but… Read more »