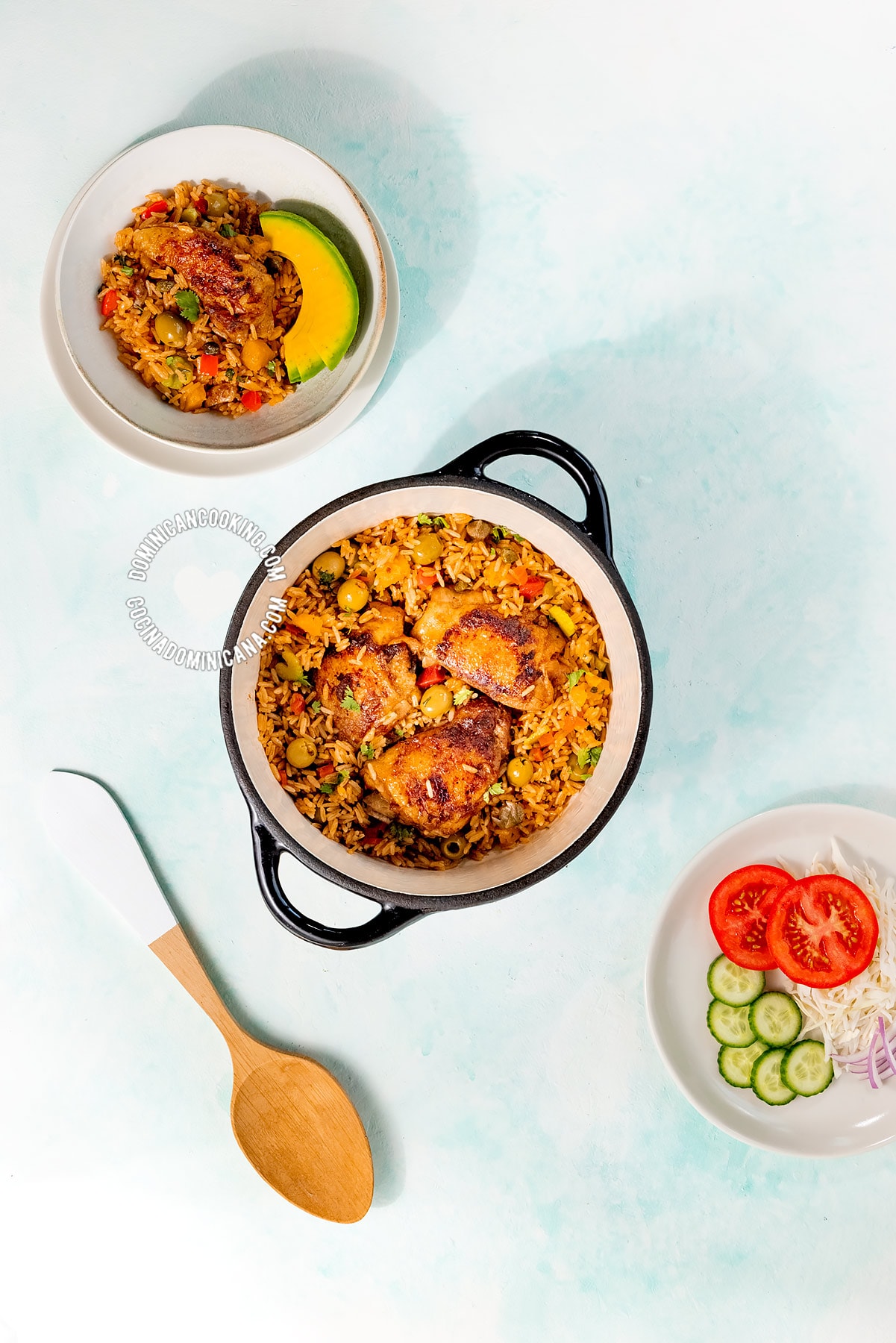 Try our recipe for Locrio de Pollo (Dominican Chicken and Rice). It is the most popular locrio in our country and combines vegetables, rice, and chicken in a juicy, flavorful dish.

You will never hear the words Locrio de Pollo (Arroz con Pollo a la Dominicana) outside our country. Not because the dish is unique, but the word "locrio" certainly is.

Locrio is a mixture of rice with meat or vegetables, to which color is added with tomato sauce, or with bija (annatto). The word locrio is a Dominicanism, at least according to the RAE (Royal Academy of the Spanish Language).

There are many types of locrios, but I think there are no coherent rules to determine when a combination with rice is a locrio. In general, rice with beans is a Moro, while rice with meat, fish, or seafood is a Locrio. But not all meats, fish, and seafood can be combined into a locrio, for example, there is no beef locrio, except for sausage.

On our blog, we have many of the best-known locrio recipes, as well as the lesser-known ones like the Moro-Locrio in which two of our most popular rice dishes are combined. And to prove the irrationality of the rules, there is a bulgur one, in which it replaces rice.

The closest thing to the word locrio, although not to the concept, is the Ecuadorian Locro, a potato-based soup. But throughout Latin America there are versions of our Dominican chicken and rice, but with different names.

Arroz con Pollo (rice with chicken) is the closest version to Dominican Locrio de Pollo, and there exist versions in Cuba, Puerto Rico, Colombia, and Ecuador, just to mention a few. In Spain, paella is the closest thing to the traditional Dominican arroz con pollo, and probably its ancestor.

Each Dominican family has its own locrio de pollo, in which some ingredients will be added, and others will be changed. This is my family recipe, where auyama (squash) is the secret ingredient that makes it juicier and gives it a beautiful color.

Is there any ingredient in your locrio de pollo that mine doesn't have? I'd love to hear it. 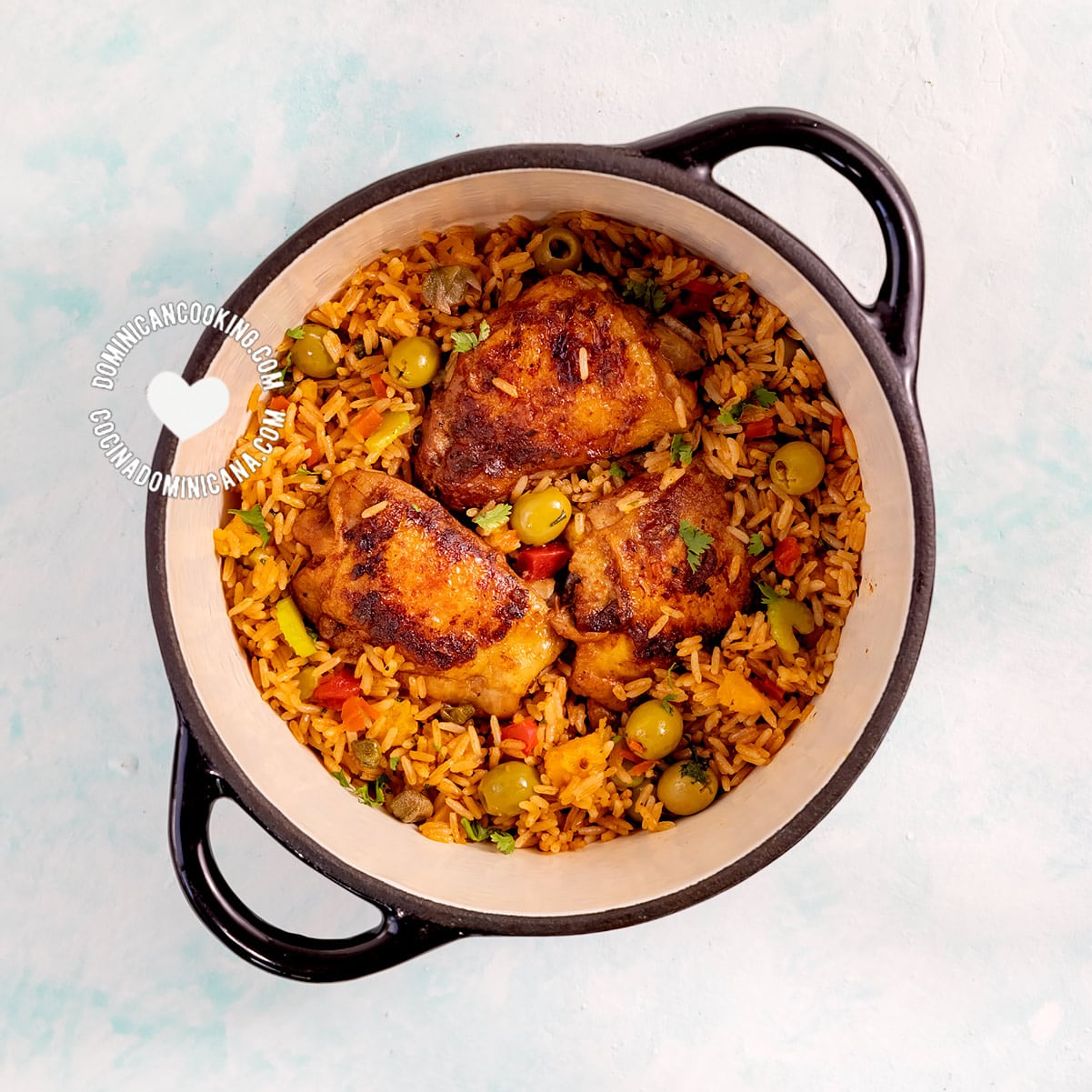 How dark you let the sugar get will determine how dark the meat will get. It's a matter of taste, but one thing is sure: chicken should never be pale when served to Dominicans. 🙂

Made this for dinner last night and left everyone licking their plates! Super simple and delicious!!

How much lime juice do you use in the marinade? I dont see it in the ingredient list

Made this recipe several times. Flavors are great!!! Thank you. One thing... my rice comes out wet, not fluffy grains like in your picture. Today I cut down the water to one cup. I'm using pork instead of chicken if you think that makes any difference. Thanks. again for this… Read more »