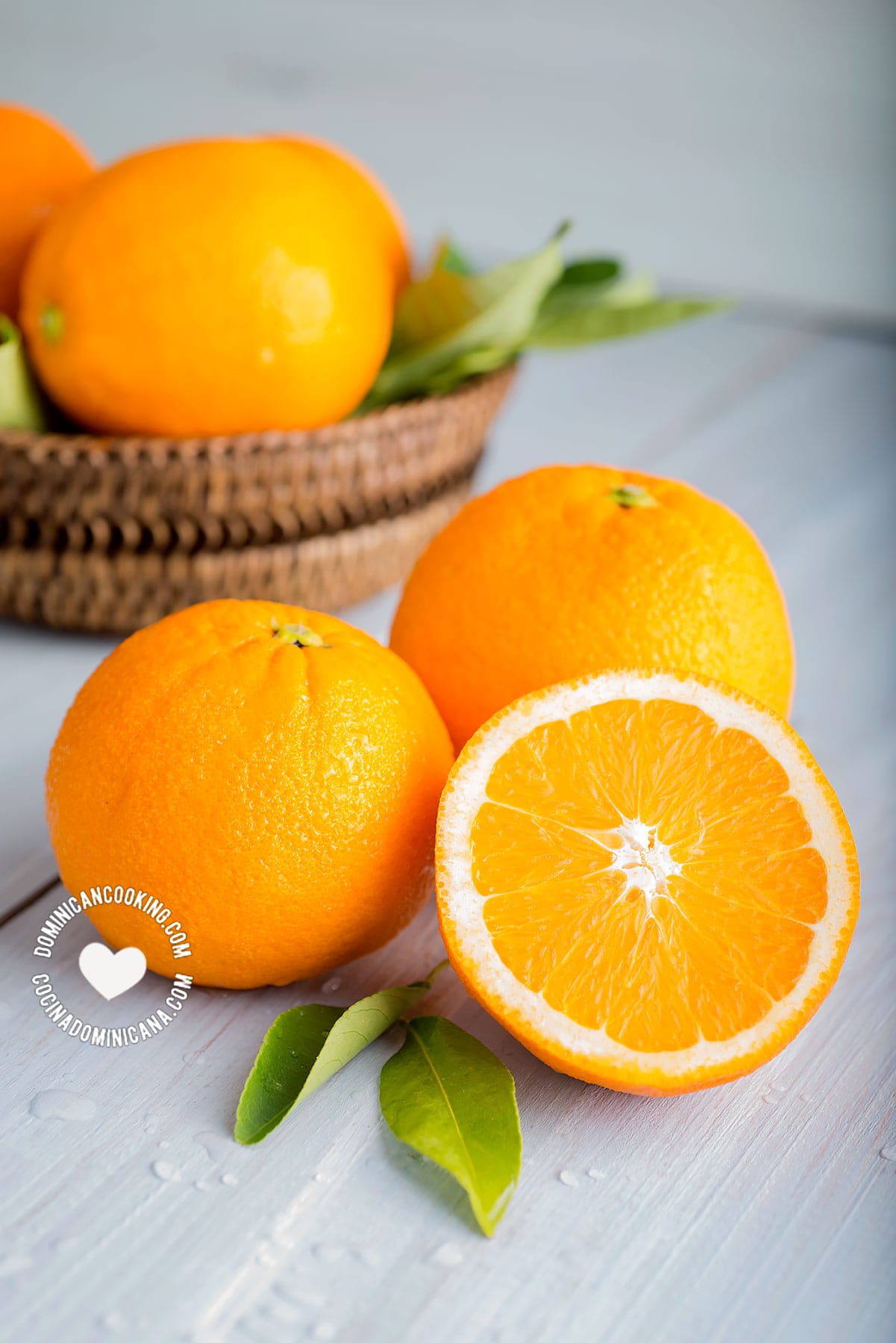 Why do Dominicans call oranges ‘chinas’? The origin of this linguistic quirk might surprise you.

Oranges are known as 'chinas' in the Dominican Republic because they come from China. Surely not! Everybody knows that oranges come from the Mediterranean. Spain and Israel are famous for their citrus exports with their Seville, Valencia, and Jaffa varieties. Morocco is also an important exporter of oranges. But if you scratch the surface and dig a little deeper you will find that in fact, this is true, oranges come from – China!

This was news to me. I had never associated citrus fruit with East Asia, which has always evoked more exotic associations of fruits like the mango, lychee, rambutan, and kumquat, not to mention the infamous ‘stinky’ fruit, the durian. Turns out that Dominicans have known better all along.

To corroborate this thesis, Dominican Cooking reader Lisybet in New York has done some research and found that sweet oranges originally made their way from China into Burma and from Burma to India. The word ‘orange’ is derived from the Sanskrit ‘naranga.’ Though lemons have been well known in the Mediterranean region since pre-Christian times, sweet oranges arrived from India into the Mediterranean and by the time the Roman Empire had fallen, the fruit was thriving on the Italian peninsula.

In the sixth and seventh centuries, Muslim armies overran a vast territory stretching from India to Spain and thereby allowed Arab traders to introduce further varieties of the fruit to Europe in the Middle Ages. Northern Europe grew acquainted with oranges when they were brought home by Crusaders returning from the Mediterranean and the Middle East.

Traveling in the other direction, the colonizing Portuguese had also introduced to Europe a variety of sweet orange from India. Then in 1635, the Chinese orange landed in Lisbon and quickly replaced the pre-existing bitter form from India as the European favorite. These better-flavored introductions encouraged the expansion of orange consumption and cultivation throughout Europe.

In summation oranges originated in Southeast Asia, spread from there in successive waves to the Mediterranean/Europe, eventually making their way to the Americas. But the variety of sweet orange we enjoy today was spread by Portugal directly from China!

It makes one wonder whether this is like a linguistic time-capsule. What I mean is that nowadays the information that 'oranges came from China' is not a widely known fact. Pasta, yes. But oranges?

The Spaniards who settled in the Dominican Republic during the 15th century were aware of the Moors and the Crusaders bringing oranges from Asia because it had happened within their historical memories. They were also neighbors of Portugal and were very aware of what was then the relatively recent history of the sweet orange from China, which was being promoted in Lisbon, hence the word 'china' for oranges. The memory has faded in the rest of the world, but in the Dominican Republic at least -- mostly in the south, the word and the history are alive and well.

The next time someone scoffs at this particular Dominicanism, fill them in on the story behind this linguistic quirk.