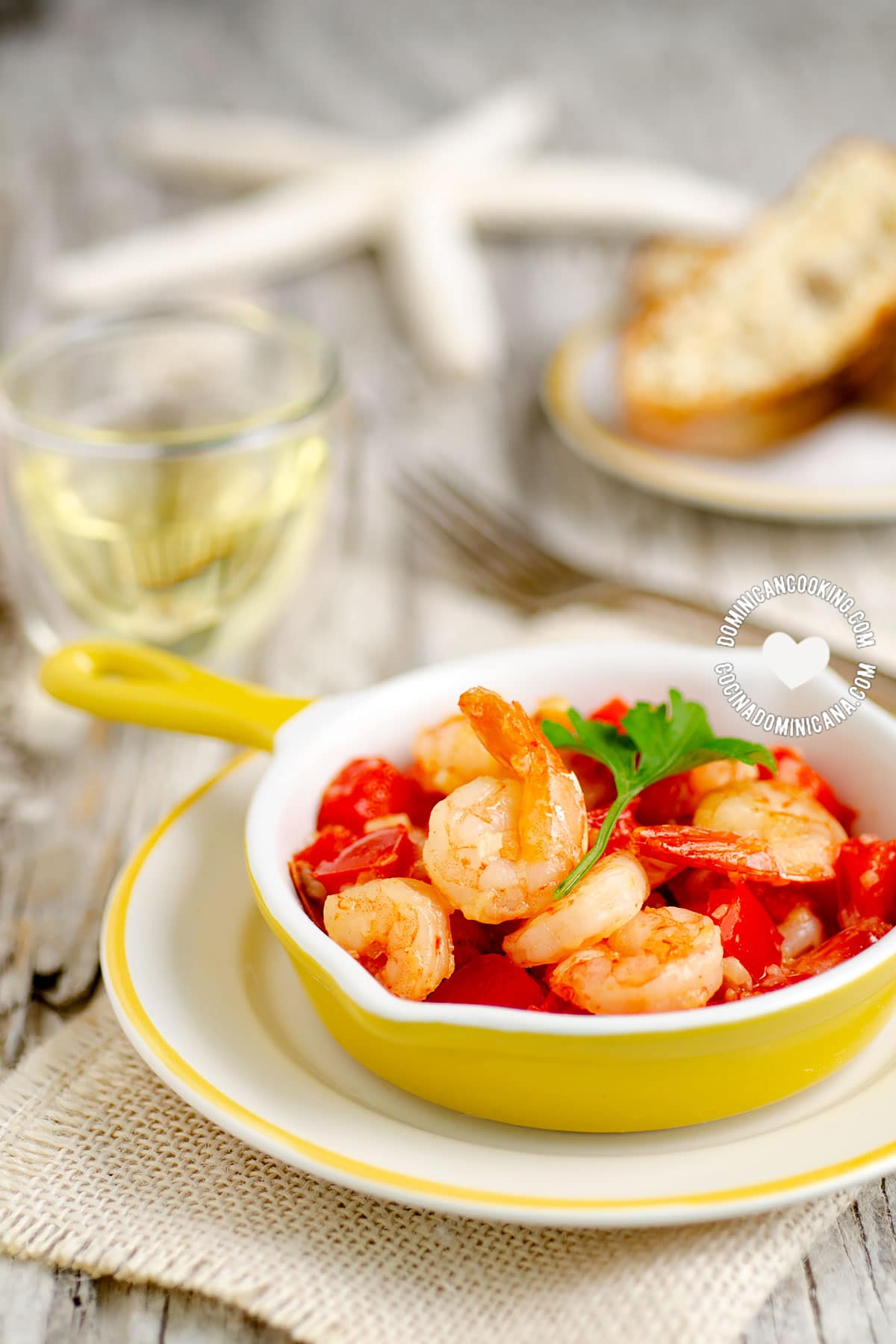 Camarones al Ajillo (Garlic Shrimp) is a simple dish that reminds me of trips to faraway coastal towns, restaurants overlooking the beach and lazy afternoons.

Camarones al Ajillo (Garlic Shrimp) is a dish that reminds me of trips to faraway coastal towns, restaurants overlooking the beach and lazy afternoons.

It reminds me of inexpensive but surprisingly satisfying meals. Of little restaurants by the water. Of cold beers and cool breezes blowing across my sand-covered bare feet.

Some of the good things in life need not be complicated. Camarones al Ajillo (Garlic Shrimp) is one of those things.

About our recipe for Garlic Shrimp

Few ingredients but strong flavors combine in this dish reminiscent of the Spanish "gambas al ajillo", but a criollo version. Unlike its Spanish cousin, which is usually served as a 'tapa' or a starter, Dominican camarones al ajillo is a main dish, served with rice or tostones. It's also nowhere near as oily. And like the Spanish dish, now served with pomp and circumstance in highfalutin restaurants the world over, this humble colonial cousin is best enjoyed close to the source.

It's amazing that this dish always brings back such good memories. Romantic ones even. And I say amazing because, much like the garlic mellows out after the long cooking, there is not going to be much kissing after this dish. 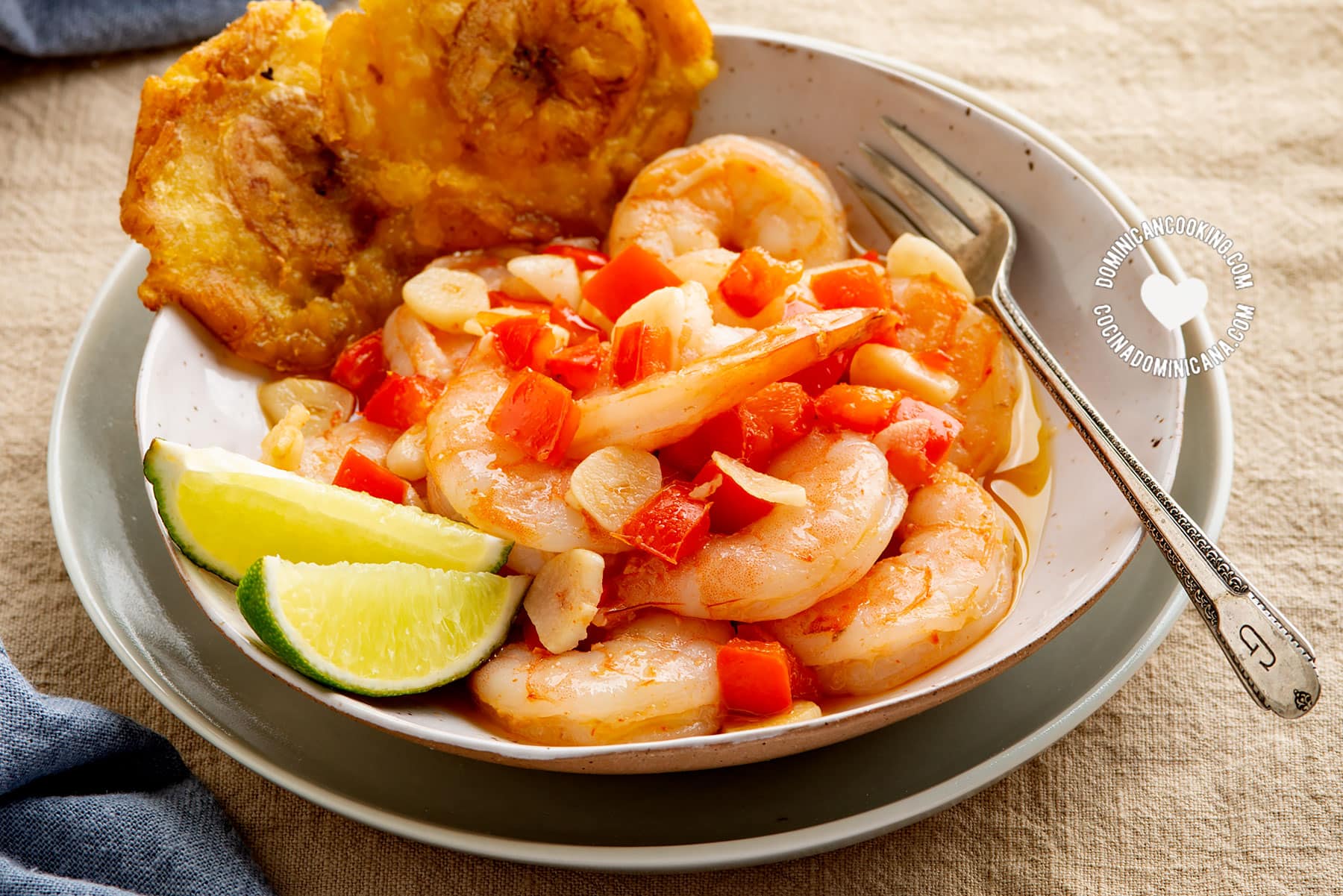