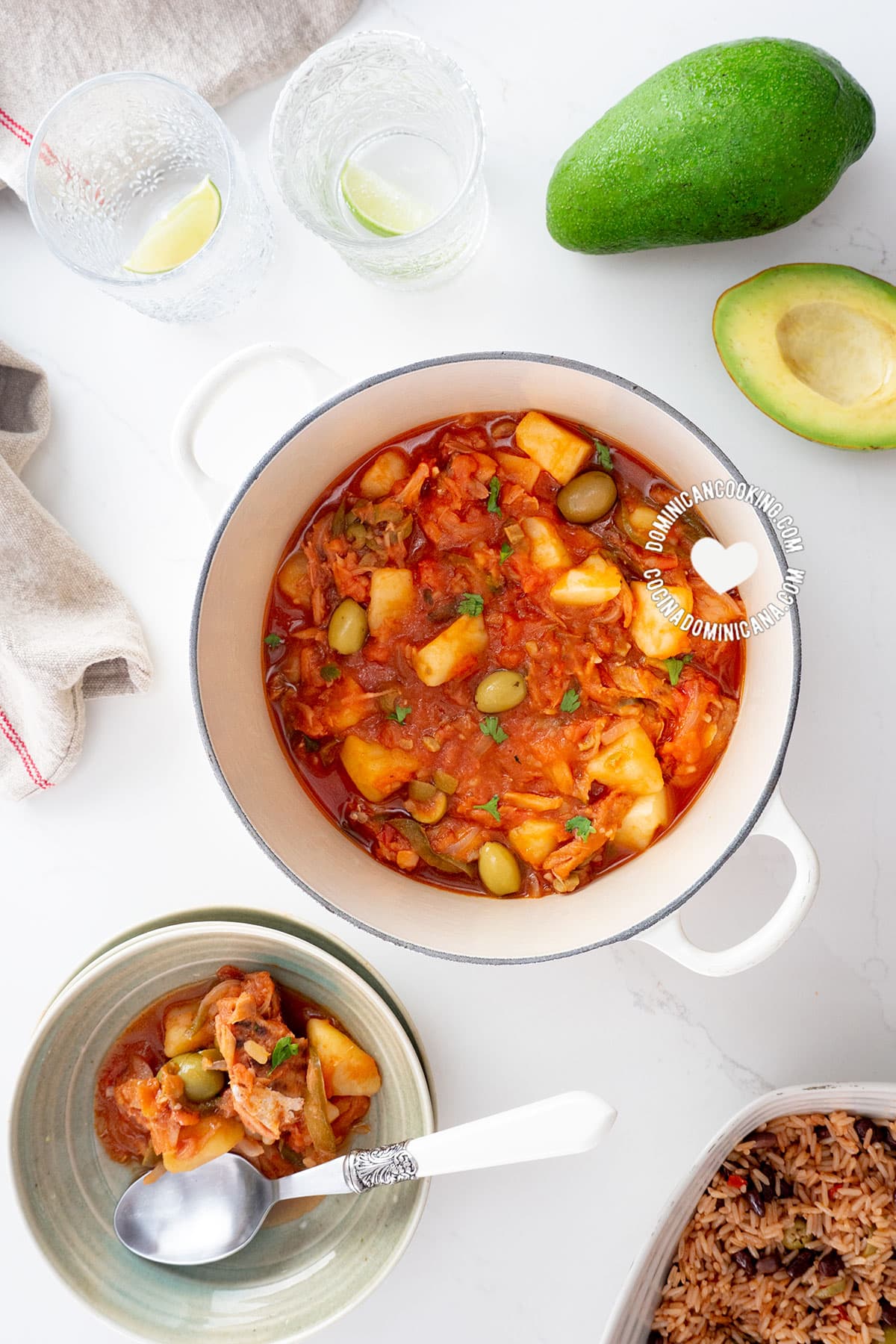 Bacalao con Papa (Codfish with Potatoes) is a very popular dish in our country. It is one of the traditional dishes of the Dominican Lent.

Bacalao con Papas is one of our culinary treasures, and the popularity of bacalao guisado goes back to the times of La Conquista. Yes, it is possible that codfish, along with casabe, is one of our oldest dishes.

When Catholics were forbidden to eat meat on Fridays, and during Lent, fish was the obligatory option. Before Columbus set foot in the New World, the Basques had already established a large fishing fleet that traveled to present-day Canadian waters in search of the valuable fish. Salted cod thus became the official dish of the Lenten season, and one of the pillars of Iberian cuisine.

Second history lesson: no one has done more for cod in Spain than the Catholic Church. The endless days of abstinence that they imposed turned codfish, salted, or cecial --cured and air-dried like jerky-- in the king of fish of interior Spain.

The ease of transport and the duration of salted fish in storage made it an easy item to use during long sea voyages. And that's how cod arrived in our country. From American waters to Spain, and then back to America. Cod later became one of the pillars of the "triangular" trade with America: cod was transported in one direction and enslaved Africans in another. A food with a history of blood, sweat, and tears.

These days there are no more strict restrictions for Catholics, nor is the country universally Catholic, but cod remains popular, and this dish is still a Dominican Lenten tradition.

For this recipe, I have sought inspiration from my family traditions, where olives cannot be absent. There is not much variation between Bacalao Guisado recipes, but we would like to hear if yours is different. 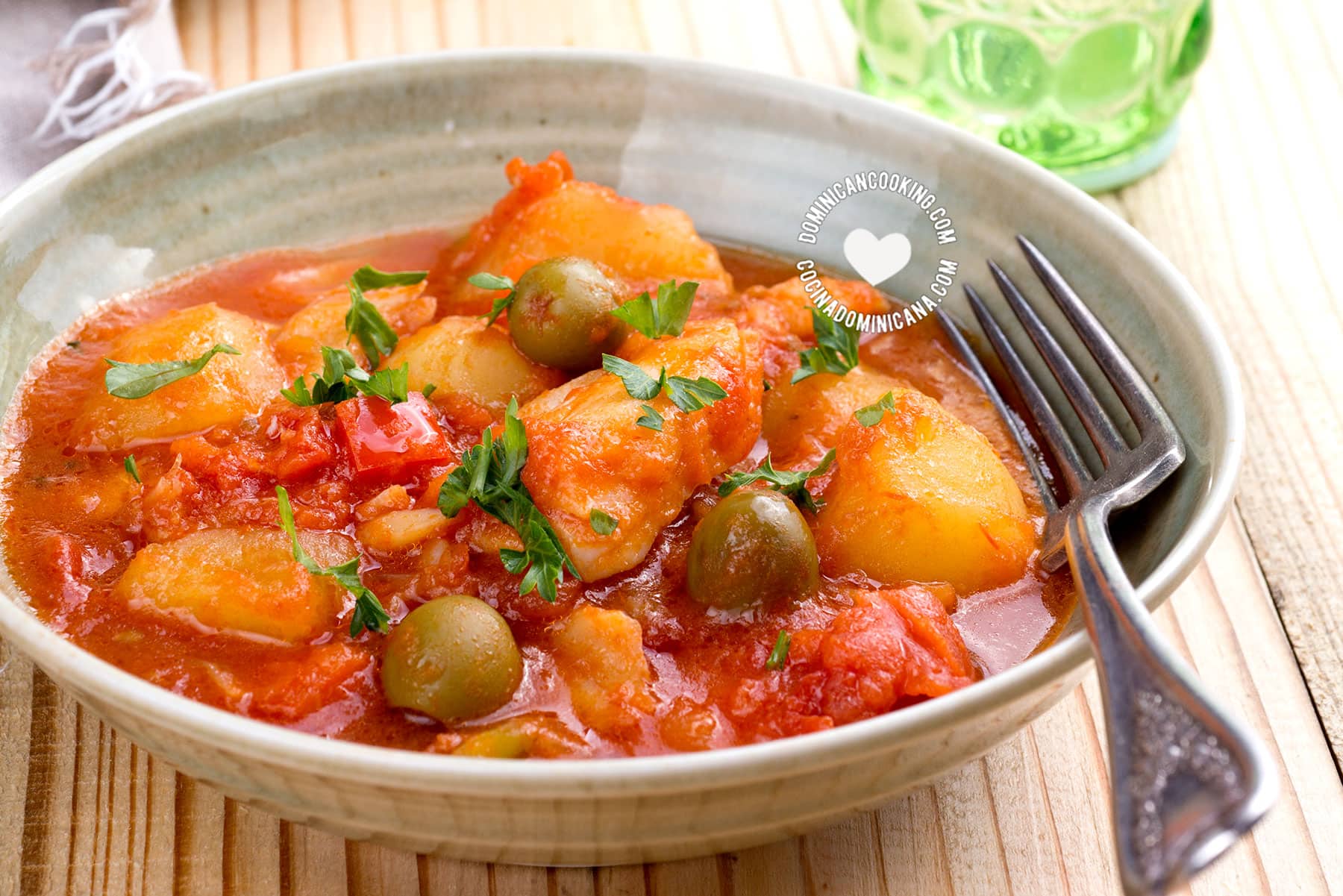 Keep an eye on the pot when the bacalao is boiling, as it may overboil (just like milk) if the temperature is too high. If you use tomato paste instead of tomato sauce, add an extra cup of water when you add the tomato paste.

Thank you for your great recipes. My husband is dominican and his family is not close to us. I love that I can make your recipes and give him a piece of his home!

Is my first time I'm going to cook bacalao, my husband is Dominican and I love to give to him this surprise . I let you know how was.
Thank you for the recipi.

I love bacalao and I love this website! This recipie makes a great foundation to which I added a couple of ingredients- a dash of white pepper, a couple of pinches of Dominican oregano and a splash of apple cider vinegar. It's not spicy, but just a "boost" of sabor.… Read more »

Very tasty recipe, I love it. Thanks aunt Clara for let me have any of the recipes of my homeland. Every time that I feel like eating a tasty food as back home, I just come to your webpage. Again thanks a lot.