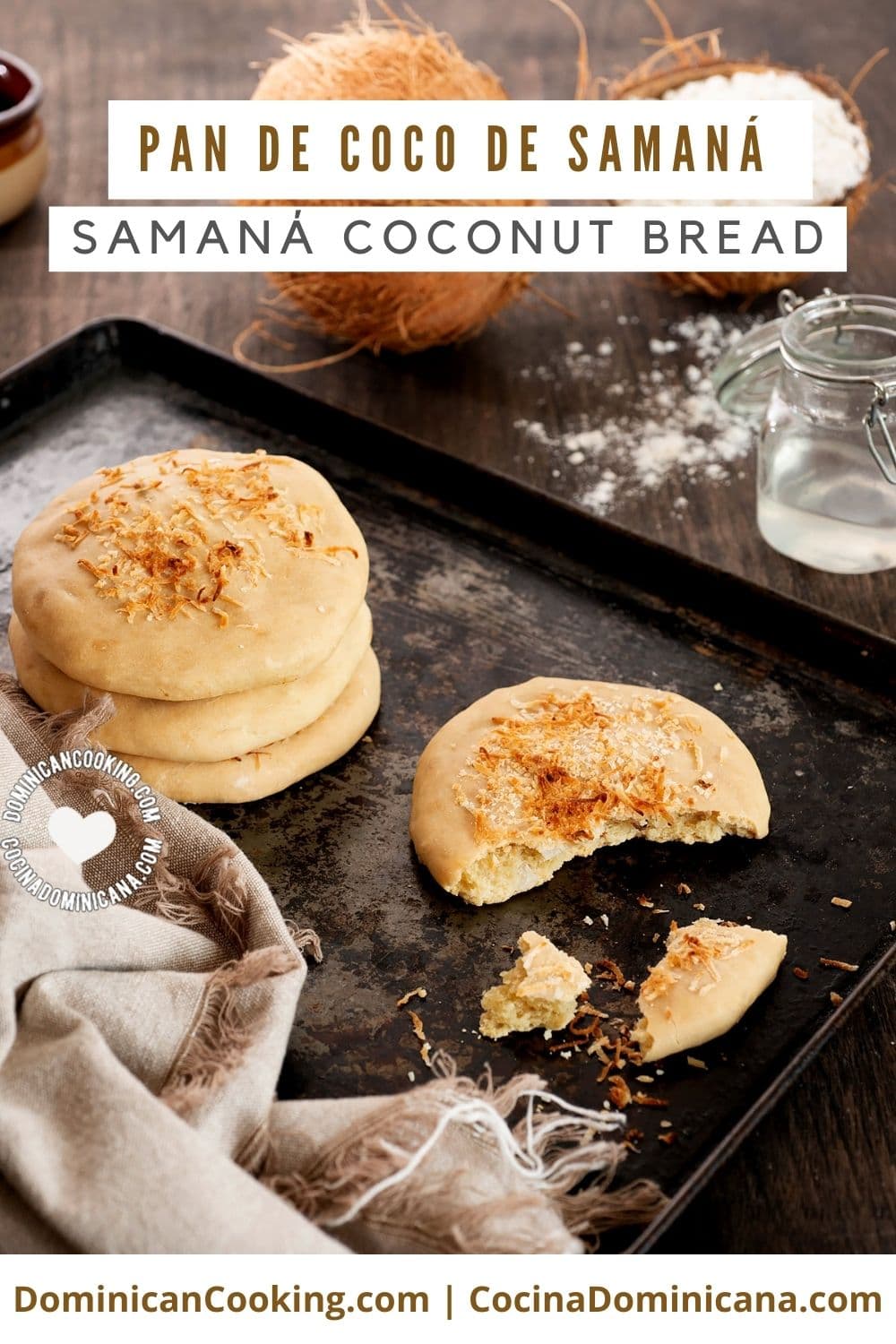 I first tried pan de coco, the humble Dominican coconut bread in its birthtplace: the gorgeous Samaná. Better enjoyed under the shade of a coconut tree in Playa Rincón beach, you can try this easy, uncomplicated recipe at home as a second-best choice.

Years ago, when Aunt Ilana traveled to Samaná so often that she was practically a resident, she came back from one of her trips with a culinary "discovery".

Aunt Ilana's great discovery? Pan de coco (coconut bread). This thick, unleavened bread was sold by street vendors in some remote campo of Samaná. Unfortunately, although she got to try it, she could not get the recipe for it.

Upon hearing the news I was very intrigued. With this as an excuse, we left for Samaná. In Playa Rincón, one of the most stunning beaches I have ever seen, we met Franca, a lady who made her living by selling the pan de coco (Samana-style coconut bread).

We bought about half of what she was carrying (for scientific purposes!), and after we offered her a ride back home - so she could avoid the long walk out of the secluded beach - I got a lesson on how to make pan de coco.

This pan de coco bread recipe can only be found in Samana, the coconut capital of the Dominican Republic, and it's a popular fare with street vendors.

It is a bread that better lends itself as a side dish for serving with some sauce, I recommend it, especially with the classic from Samana, pescado con coco, a fish in a coconut sauce, and my favorite spinoff, shrimp with coconut and ginger sauce.

The original recipe did not include the coconut crust on top, this is an experiment of mine that I ended up liking, as it adds another layer of texture to the bread. I tried doing it both by hand and with the mixer and both worked, but it is a lot easier with the mixer (and quicker as it only needed about a minute of kneading).

Let me warn you that, unlike leavened coconut bread, this is leavened with baking powder and it makes it more dense and heavy than traditional bread.

Although I am fairly confident she will never read this, I nevertheless would like to thank Franca in Playa Rincón, Samaná for sharing her recipe with me. 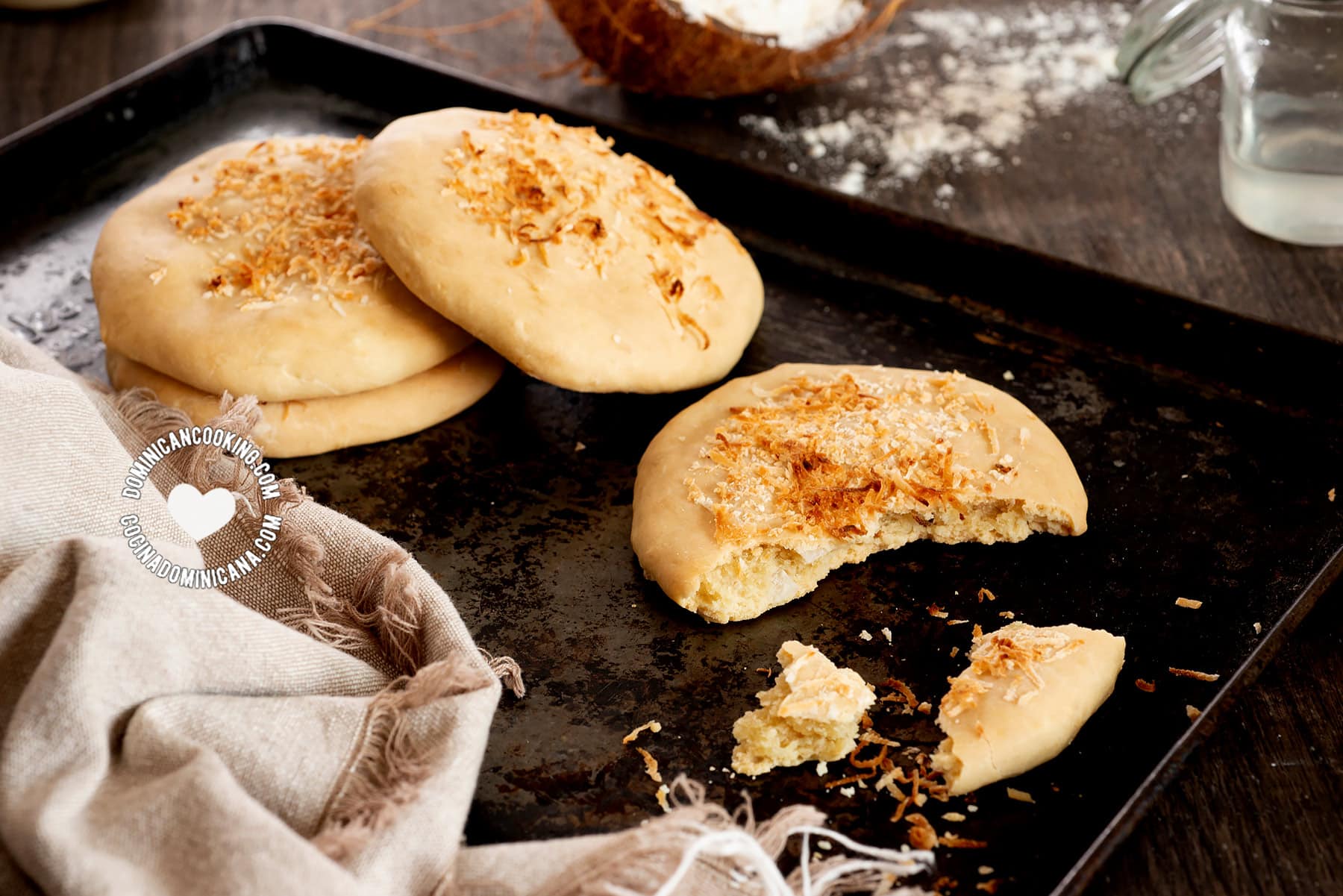 The original recipe did not include the coconut crust on top, this is an experiment of mine that I ended up liking, as it adds another layer of texture to the bread. Take into consideration that, because it is unleavened, the bread is pretty "heavy", it is best served with fish or meat with a lot of sauce, as this is best used to scoop it and clean your plate. I tried doing it both by hand and with the mixer and both worked, but it is a lot easier with the mixer (and quicker as it only needed about a minute of kneading).