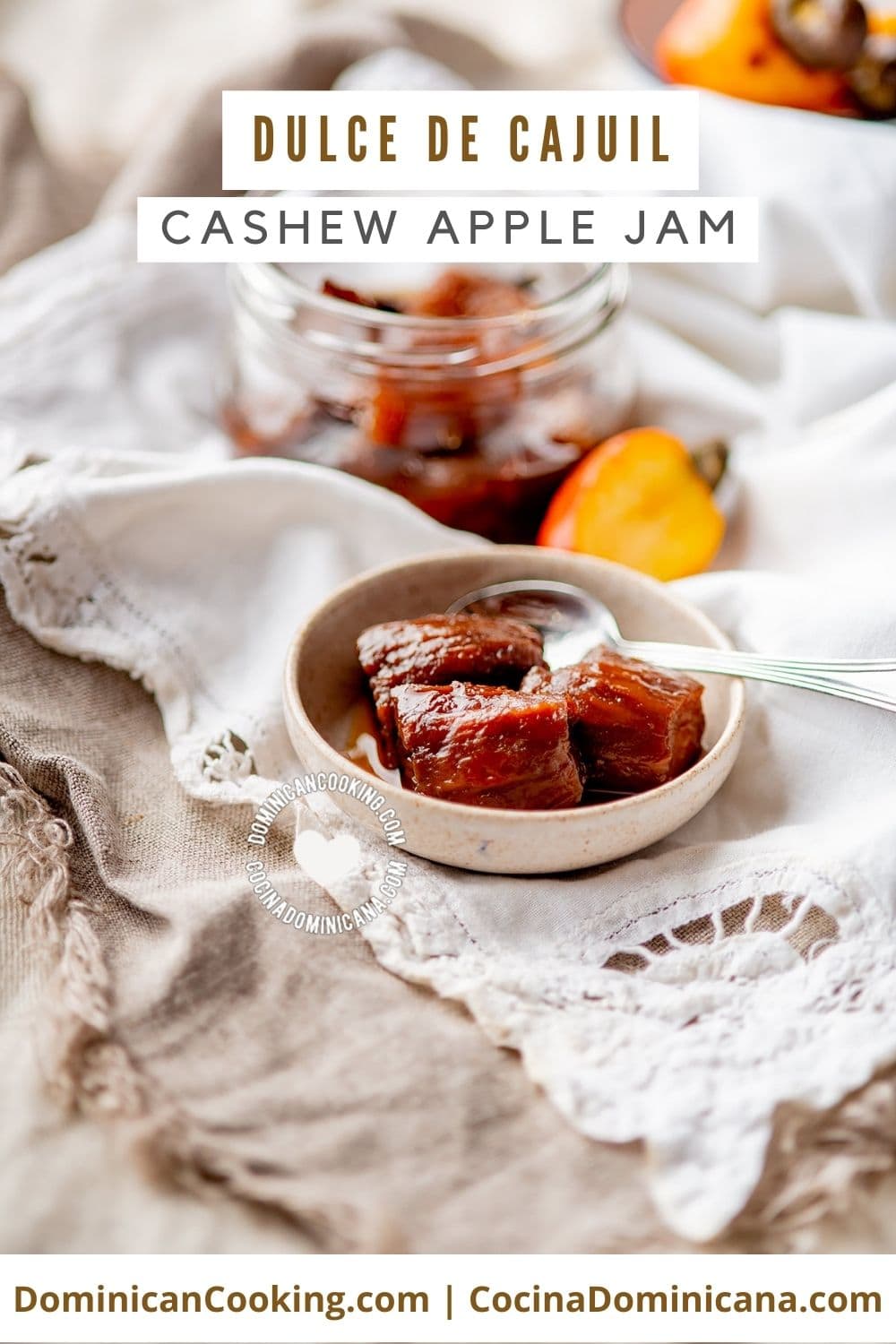 Dulce de cajuil (cashew apple jam) is an easy recipe for a beloved dessert treasured by Dominicans, and a must-bring-back item from road trips.

Also, there are so many versions (by regions, towns, even family versions) that it's simply impossible to know them all.

I always make a point of mentioning and crediting my sources. While many of my recipes are my own home versions (as learned by my mom's side), others have been passed on to me by family members, acquaintances, readers, friends, and total strangers.

Sure, I've tried most of them countless times but that doesn't mean I'd made them at home before. As a matter of fact, I'm going out on a limb to say that nearly every Dominican will have tried far more dishes from our cuisine than she knows how to cook. This is especially true when it comes to most of our Dominican "dulces" (desserts), some of which have made certain regions of the country famous.

Anacardium occidentale: Cashew Apple in English (the edible seed is called cashew nut, despite not technically being a nut) is the fruit of a tree native to Brazil. The name derives from the Portuguese caju and borrowed into Spanish as cajuil.

The cashew fruit tree grows well in the Dominican Republic, and there's a cottage industry that produces roasted cashew nuts and cashew apple jam, sold at roadside stands all over the country.

In parts of Central America, it is known as marañón.

Cashew apple tastes like nothing else I know, but if pressed, I'd say it's a mixture of unripe plantain and mildly sweet peach. An unsatisfying explanation, I know, but the language has its limitations.

This dulce in particular always reminds me of the northwestern region (La Linea), particularly the mountain towns of the Dajabón province. It doesn't mean that it can't be found elsewhere, but this region is well-suited for the crop from which this dessert is made.

And going back to the not-so-small matter of credit: This recipe for dulce de cajuil was passed on to me by my dear friend Sonia T., one of the best cooks I've ever met, and an extraordinary human being. I transcribed her recipe almost verbatim and it worked perfectly the first time. A good thing because these cajuiles came all the way from Loma de Cabrera --in the other corner of the country (where I first tried dulce de cajuil as a child)-- so I had almost no margin for error.

I have no idea how easy (or difficult) it'll be to find cashew apples elsewhere --they certainly aren't easy to find here-- but I still wanted to have this recipe, because if you do get to try it, you'll love it. 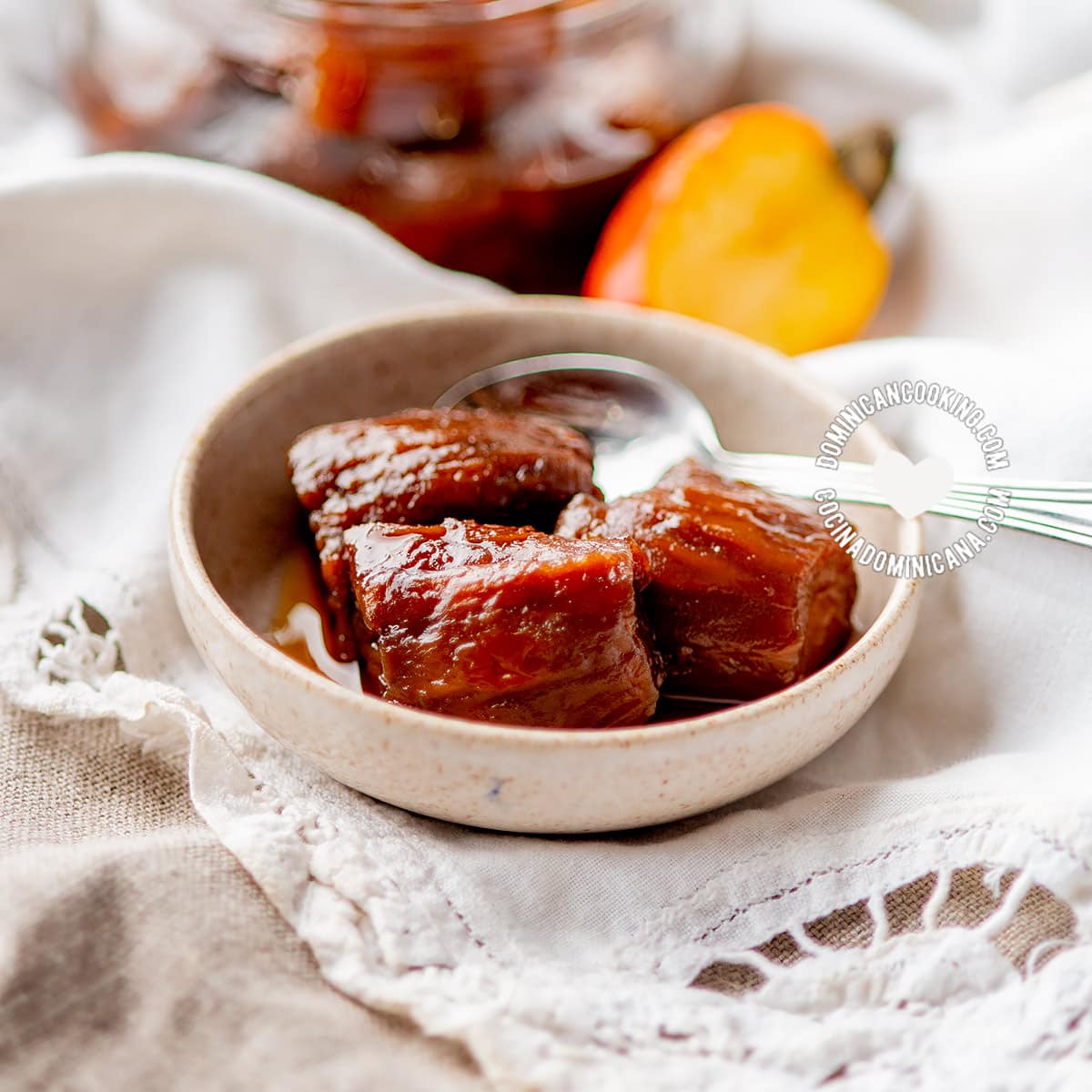 What's up with all the boiling and changing water? Remember what I said above about it tasting like raw plantains? Well, to get rid of that taste you need to blanch it that way, otherwise it will taste really no bueno.