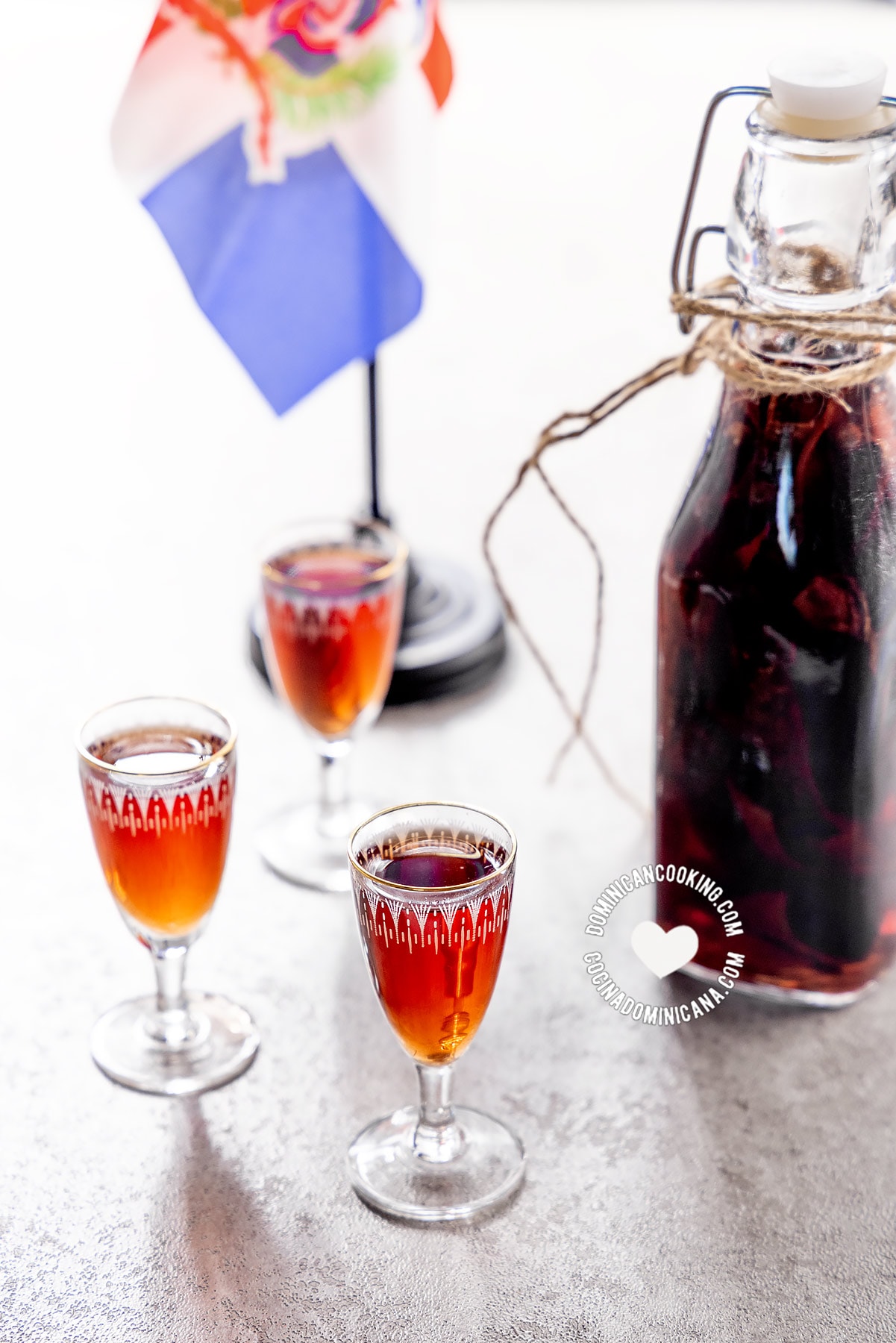 Mamawhat, you ask? You know, Mamajuana the spiced Dominican rum drink that you may have had straight from the lid of its bottle on the street (oh, was that just me?). So let me answer all your questions about the popular traditional mamajuana cocktail recipe.

Someone recently inquired whether or not Mamajuana was available for export. You may have had it from a friend, got curious at a resort, or perhaps enjoyed it as an after-dinner liqueur. This Mamajuana cocktail recipe is one of the most popular traditional Dominican drinks.

Mamajuana is readily available in most markets of the DR and served in many a restaurant, and can even be made to order.

Mamajuana is a traditional Dominican alcoholic beverage spiced with cinnamon, medicinal leaves and bark, and herbs - among other things. It is a sweet, yet fiery concoction that will leave you breathless, maybe even a little "frisky".

Many benefits are attributed to mamajuana: from medicinal to aphrodisiac.

Someone recently brought us a bottle from the DR. It was a giant gallon bottle, ridiculously wrapped - absolutely swathed in newspaper and "teipi" - a gift from my husband's family. Canadian Customs had our traveling friend unwrap it (because it looked like a huge bomb, I think) while he explained that the alcohol in it was something like a fixing agent (ha!) that would be emptied out here so that the herbs and leaves and stuff could be used to make WINE. I don't know why he felt the need to tell such an extravagant, weird lie - talk about overkill - but they believed it! No further questions asked!

The bottle was emptied quickly; we drank it down, over the course of a weekend, as if it were the nectar of the gods.

If it’s virility you are looking for, then you will of course request that more mariscos be included in the composition: conch, octopus, snail, and assorted insects, for example. If it’s a medicinal effect you require, there is a slew of ingredients for that purpose as well; things with strange names like anamú or timacle – which supposedly cure everything from prostate to ovarian problems. Lastly, let us not forget the ever-popular, and oddly named herbs "nail of a cat", or "claw of a parakeet", said to promote pregnancy.

I don't remember ever being a big mamajuana fan while I lived in the DR, so it’s ironic that I should now be ogling our empty receptacle, where it sits ominously on my kitchen counter, with all its leaves and roots in a strange form of arid petrification.

I hope by now you've come to the expected conclusion that there isn't just one recipe for mamajuana, and that the ingredients – some obscure, some of questionable provenance and effects – may be difficult or impossible to obtain outside the Dominican Republic. But if you were hoping to learn how to make mamajuana, you can make this homemade version, with the fragrance and taste of spices familiar to Dominicans. No "miembro de carey" needed.

And if you've ever made this, we'd love to hear about it, let us know in the comments. 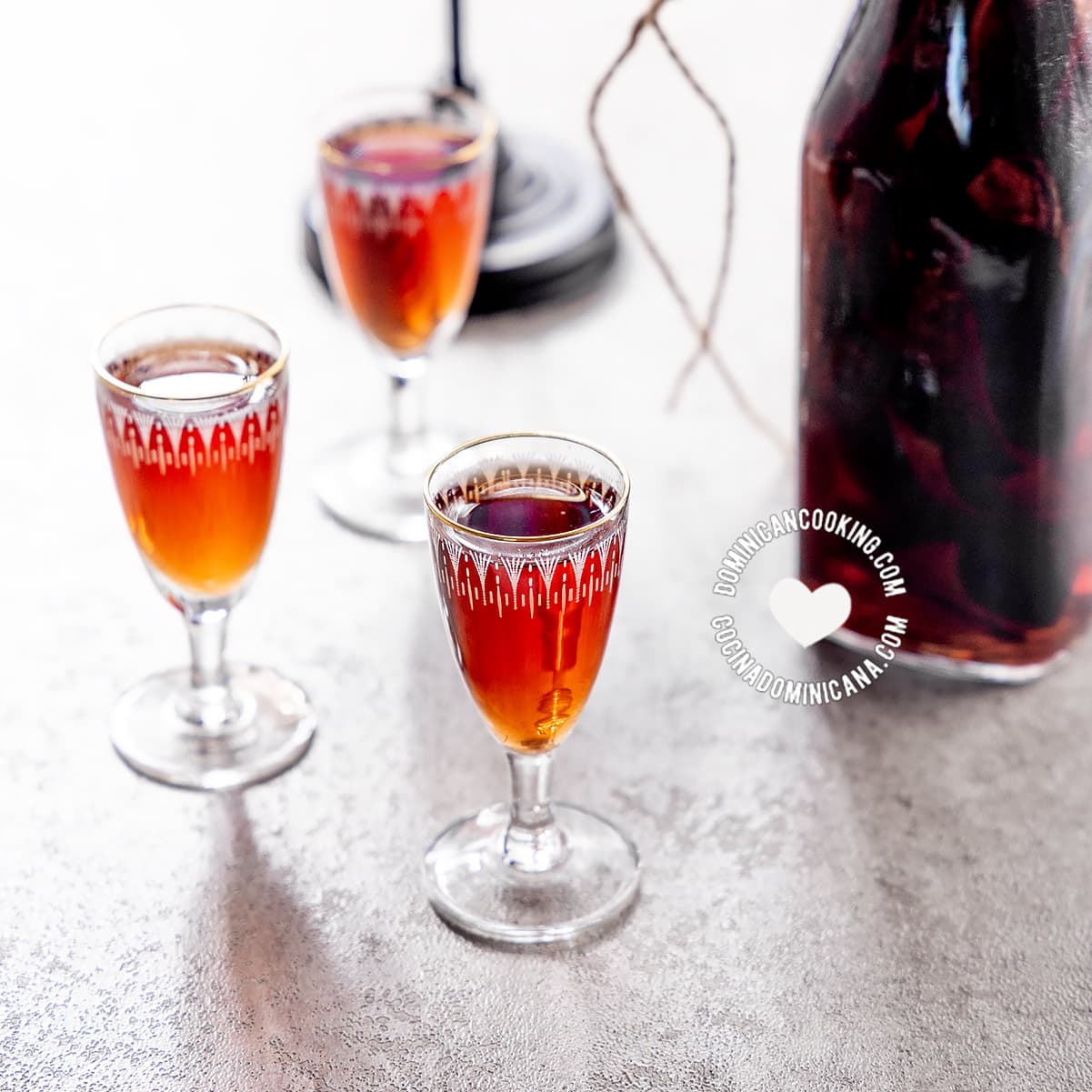 By: Clara Gonzalez
Looking to learn how to make Mamajuana, the spiced Dominican rum? Well, unfortunately finding all the ingredients may be an impossible task, but you can find here a simplified homemade version with the tastes and spices familiar to Dominicans.
5 from 13 votes
Save for Later Send by Email Print Recipe
Prep Time 10 mins
Resting Time 7 d
Total Time 7 d 10 mins
Course Dessert, Drinks
Cuisine Caribbean, Dominican
Servings 10 servings
Calories 240 kcal

Use whatever red wine you have on hand, the cheapest will do just as well.

If you're up for it, throw in some peeled and washed ginger slivers. Not my favorite flavor in this, but you might like it.

As I mentioned above, most of the ingredients in mamajuana are very hard to find outside (and even in) the Dominican Republic.

This is a simplified version for you to try the flavors. I am not qualified to give you any health advice, so this is just a tasty digestif, and there are no medicinal qualities expected or implied. Drink responsibly.

What is mamajuana good for?

Popular wisdom attributes many benefits to mamajuana (health, cures, aphrodisiac), none of them proven, but it is a very good drink, so there's that.

What kind of liquor is mamajuana?

Mamajuana liquor is a homemade or cottage industry concoction that combines rum, herbs, barks and spices with wine and honey.

How to drink mamajuana?

Mamajuana is typically served as a digestif (after meal drink) in small shot glasses.

Can you get mamajuana in the US?

You can buy mamajuana bottles from some online vendors that ship to or within the US.