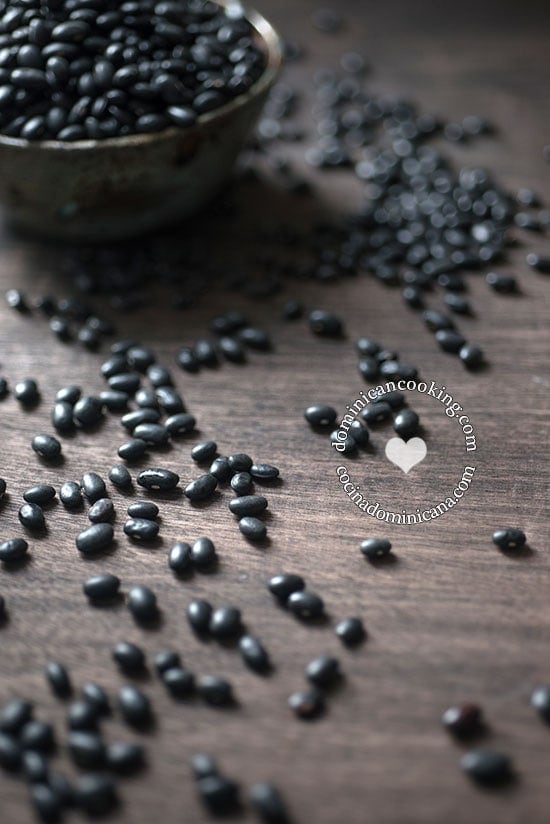 Food contains natural chemicals that are essential to our health - vitamins, and minerals are obvious examples. But did you know that in some foods lurk certain substances which may be harmful?

Some of these items that contain certain harmful substances - like rhubarb - are not commonplace in our cuisine, but looking through the lists of foods that need to be prepared with care or eaten in moderation, several Dominican staples appear.

We find it important to make clear that in many of these cases there is very little chance of actual danger to our health.

The first, and perhaps, best known, is beans. The toxins it contains are called lectins, which can give you stomach pain and vomiting. Dried beans need to be soaked overnight (for at least twelve hours) and then boiled. Once they come to the boil keep the heat on high for the first ten minutes so that they boil vigorously. Then turn down the heat and simmer till soft. Beans from a can have gone through this process and are OK to eat as is.

Fava beans, also used in Dominican cooking, can lead to a enzyme deficiency disease called “favism” in people with a genetic predisposition to this condition. Favism is most commonly found in the Mediterranean region, especially in people from Sardinia.

Cassava (yuca), another Dominican favourite, contains some cyanide, a well known deadly poison, as do almonds and kernels of fruits such as apricots, plums, cherries, peaches, soursop, apples and pears. If you are a fan of spy stories and murder mysteries you will know that cyanide is said to smell like almonds – now you know why. Apparently though, you have to eat vast amounts of any of these things to get any effect, so if you were harbouring any murderous intentions, don’t bother to try inflicting “death by casabe”.

Beware of green potatoes! The toxin in question here is called solanine, a “glycoalkaloid”, a name worthy of a scaly-backed alien. It is therefore important to keep your potatoes in a dark, cool and dry place as light exposure heightens the glycoalkaloid levels. Avoid using green potatoes or the green parts of a potato, and don't eat green crisps (potato chips)! Both green potatoes and green tomatoes contain this toxin. In addition to this, green tomatoes and its leaves contain tomatine, another toxic substance. Dogs are more sensitive to this toxins than humans, so keep it in mind.

Seafood too has its risks. Those who like to live dangerously takes their lives in their hands and sample the Japanese “fugu” (blowfish or puffer fish) whose liver contains a fatal poison. Apparently the risk factor is part of the attraction. It takes all sorts.

In Dominican waters we find fish that could potentially carry ciguatera, a substance that is very toxic for humans and is accumulated by the fish when they consume certain algae. It is most commonly found in fish that feed in reef areas, as opposed to deep sea fish. It is said that people should avoid eating fish during the hottest months of the year. Other precautions include cleaning the fish as soon as it is caught or purchased, never eating the heads, guts or eggs of any reef fish such as shark or eel, and avoiding fish in areas where ciguatoxic algae are known to exist. Cooking, drying, salting or freezing the fish will not destroy the toxins.

Nutmeg is well known to have hallucinogenic properties, but again, the amount necessary to produce any sort of mind-altering result is physically impossible to consume, making it impractical as a popular recreational drug. Let’s face it: you’re never likely to be accosted by a stranger on a city street hissing “hey you! Wanna buy some ‘meg?”

You may like to know that while researching this article I came across a couple of warnings about dangers to domestic animals from everyday foods such as chocolate. It is dangerous to feed your dog chocolate: a relatively small amount can have a poisonous effect. Also, don’t make a habit of feeding your dog food containing onions as this apparently can cause anemia.