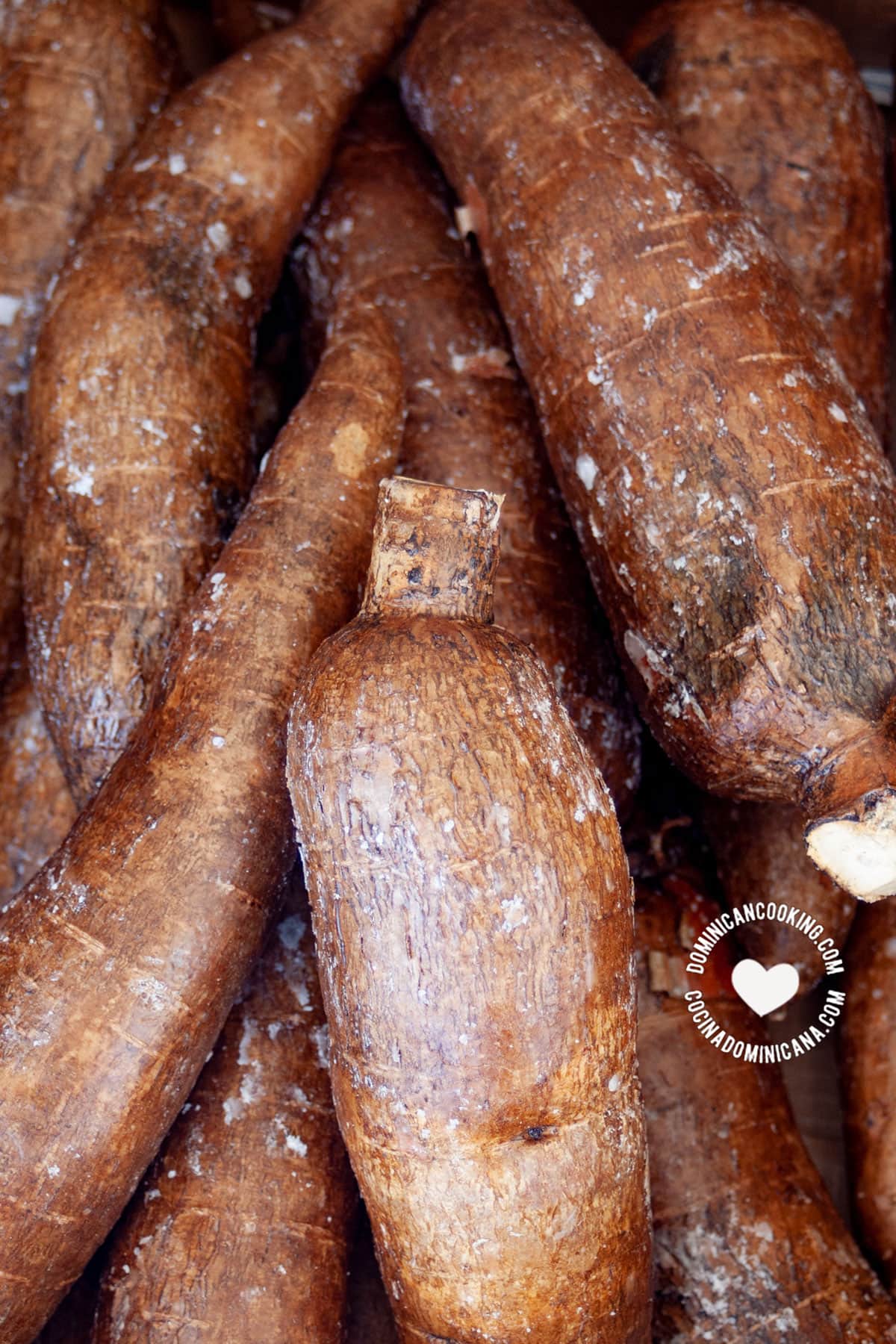 How can you keep your culinary traditions alive outside the Dominican Republic? Will you still be able to prepare your favorite dishes? We asked Dominicans living in other parts of the world for their tips and hacks.

The good news is that much of what we cook involves universal ingredients like rice, pasta, beans, meat, fish, vegetables, and herbs and spices, which can be found in most places around the world.

On the other hand, some of our basic traditional ingredients are not that common outside the country or beyond the wider Caribbean/Latin American region, for reasons of climate or custom. These include plátanos (plantains), yuca (cassava, manioc) and yautía (taro, malanga), batata (which is not the same as sweet potato), some tropical fruits, goat meat, and guandules (pigeon peas).

Where to find Dominican ingredients

If you live in or near an area with a Dominican community, this will not be a problem. There are sure to be Dominican-owned businesses selling a good selection of familiar products and ingredients from the motherland.

Even if Dominicans are a rarity in your neck of the woods, areas with other Latin American and Caribbean, Asian, and African immigrant communities will have specialist shops selling some or most of the above-mentioned products.

For example, pigeon peas, plantains and goat meat are part of traditional cuisine in Jamaica and other English-speaking Caribbean countries and their diaspora extends to the UK, the US, and Canada.

Sometimes, familiar items crop up in the most unexpected places. When Aunt Ilana visited Kenya, she found that guandules (pigeon peas) were a staple food there.

Kaylee, who used to live in South Korea, tells us: “I was so surprised to find out they sell plátanos and batata! Also, there’s a lot of Spanish restaurants throughout Korea once you look them up and there’s a Hispanic heritage festival that also has a good market in Seoul around summer and fall!”

Libia in Germany reports that she found yuca flour in a Portuguese store. As gastronomy has become more and more globalized, large supermarkets in Europe and North America now stock what used to be called exotic or ethnic foods.

These days they’re more likely to be categorized as ‘international’ foods, although the prices still tend to be on the exotic side.

In the US and Spain, several well-known specialist Latino brands sell practically everything one might need, even frozen tostones, tubers, fruit pulp, and fresh guandules. At least one company in the US delivers almost every conceivable Dominican food product to your home, ideal for those who don’t live near a large Dominican expatriate community.

Different names in other places

Some foods might not be labeled with the names we know them by in the DR, so it is important to learn all the alternatives.

Chinola (passion fruit) for example, is also called granadilla in English, and fruta de la pasión, parcha/parchita, and maracuyá in other Spanish-speaking countries.

Batata is not the same as regular sweet potato, which is orange on the inside and sweeter. Our variety is known in English as Japanese sweet potato or oriental sweet potato.

Most of our recipes will indicate the names of ingredients that may be different outside of the Dominican Republic. To learn more about other names for ingredients used in our cuisine read:

What if they’re not available where I live?

There will always be cases when the ingredients we crave are simply not available. In these cases, improvisation and creative substitution is the only answer. Sometimes our recipes already suggest substitutions for hard-to-find ingredients.

We suggest using mung beans or lentils. Both are similar to guandules and they also have a comparably smoky flavor. Mung beans have the edge when it comes to texture but they’re not as common as lentils. If you’re using lentils, the French puy variety of lentils retains its shape and texture when cooked.

Halloumi, a Greek-Cypriot cheese that is popular in North America and all over Europe, is a great substitute. Make sure you buy the plain variety, not the mint- flavored version.

Auyama is the collective name for several types of West Indian pumpkin, but it is not exactly like a regular pumpkin. Kabocha squash is the closest equivalent.

We use these small round cookies to garnish Habichuelas con dulce. We always recommend Animal crackers or any other type of milk cookies as an alternative. The look may be different but the taste is the same.

Our readers in North America and Europe have some suggestions:

“When I lived in Florida, I used to buy the Hebrew National beef salami and cook it as I would Dominican salami.” “I’ll use Turkish salami (sucuk), it works well with Los tres golpes, as well as bierwurst. There’s also a Polish deli meat that works well.”
- Libia, in Germany

“A good option is summer sausage, different texture, & flavor, but it helps the craving.”
- Giselle

A reader in Canada advises that “no Frills has a halal salami that is really close.”

If you can’t find plantain leaves for wrapping your pasteles en hoja, we suggest using parchment paper, or as Ana in Barcelona recommends, corn husks (as used for tamales in Mexico and Central America.

If not available, make it

We have recipes for home made versions of:

Have we missed anything out? Please let us know in the comments – we welcome your tips and will use them to update this information.

Thanks to: Anabell in Spain, Celibel in Canada, Giselle and Nathalie in the US, Kaylee in South Korea, Leslie and Libia in Germany.