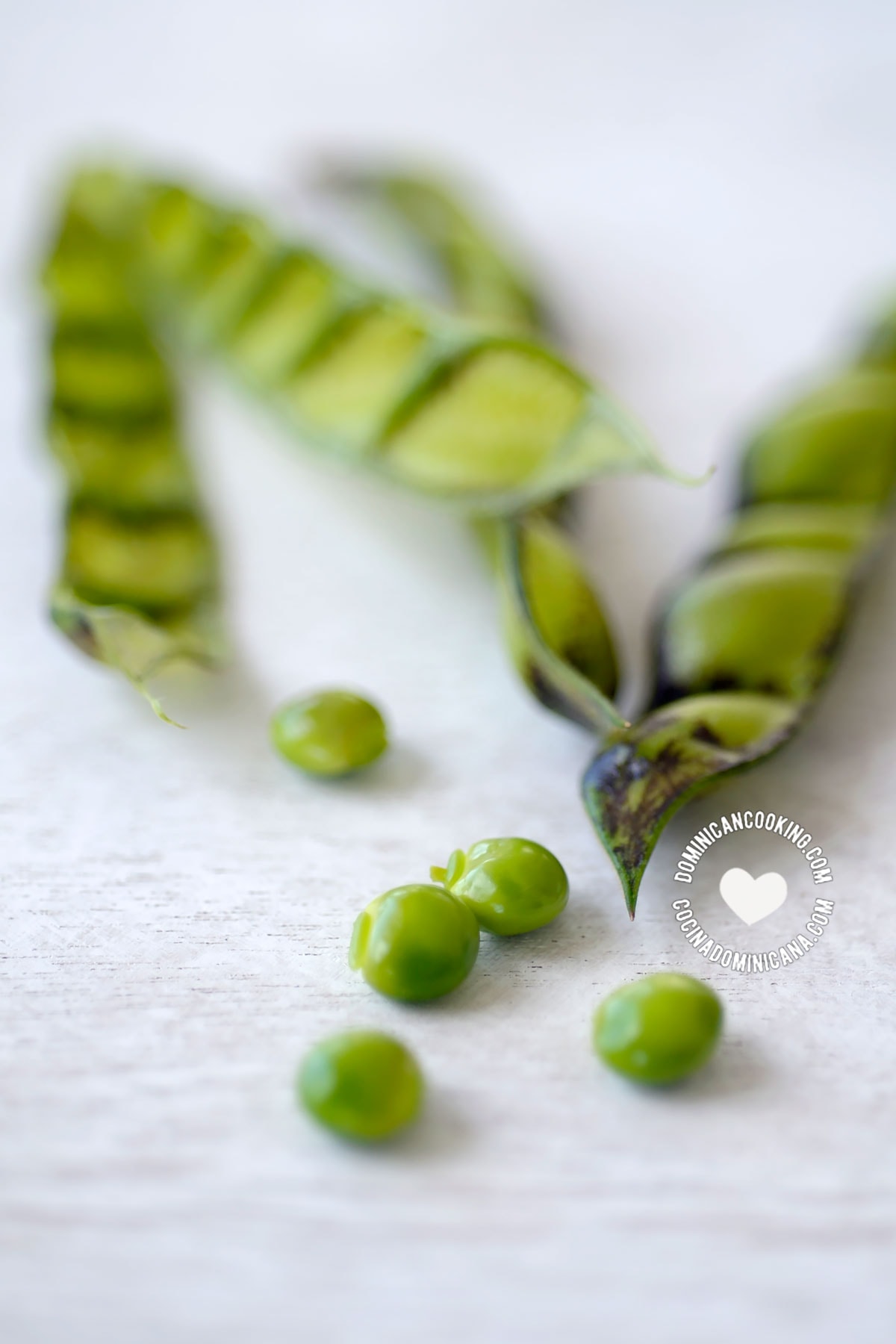 Translating Dominican Foods into English: What happens when the food in question is unknown or not that common in the English-speaking world?

As part of our tireless quest to bring Dominican cooking and traditions to as international an audience as possible, we do face the occasional challenge. Translating Dominican foods into English, for one. Most of our terminology is straightforward enough – arroz is rice, habichuelas are beans, café is coffee, and so forth.

But what happens when the food in question is unknown or not that common in the English-speaking world? There may be a word for it in the dictionary, but will readers from outside the DR know what we’re talking about?

Take tayota (pictured above), for example. Tayota does have an English translation, christophene or christophine--mirliton in some of Louisiana--but that name is so obscure that even spellcheck balks. We decided instead to use its Meso-American name chayote, which is relatively familiar to English speakers, as this is what it tends to be called in the US. And spellcheck wholeheartedly agrees.

How to pick a name

Tropical fruits like jagua and zapote that are not mainstream in English-speaking countries pose more of a problem. The way we go about translating food names is as follows: using a search engine, we find the Latin scientific name. In the case of jagua it is Genipa americana, and searching on the scientific name will usually take you to botanical websites or Wikipedia, providing a list of common names. Wikipedia on jagua:

“It is commonly called Genipapo or Huito; the alternate name Jagua may refer to other species of Genipa as well. To the Inca, it was known as hawa or wituq. In the British islands of the West Indies, it was called the marmalade box.”

Now all we have to do is choose which name to go with, or whether just to use the original name. I think in the case of jagua we don't have much choice. Same with zapote, which is translated into English simply as sapote: we may as well use the original.

When it comes to tubers, those essential ingredients of Dominican cuisine --we already wrote an extensive guide on those-- this is when the real fun starts. First of all, the word tuber is not self-explanatory to many except for those in the know, so we should probably call them roots, or root vegetables. Then, how to translate them? Yuca might sound like it should be called “yucca”, and indeed, there is such a thing as yucca in English but it is an ornamental plant. The tuber, or root, is actually called cassava in English, and of course, it is no coincidence that the bread made with yuca/cassava is called casabe. Having said that, it’s also likely that the word “yucca” in English will eventually come to mean cassava through usage. The other common word for yuca that some may recognize is manioc.

Some known English names for yautía blanca are taro, malanga and dasheen, but the most commonly used name is taro. To add confusion to the plate, there’s a yautía amarilla (an unrelated root), which is best known as malanga. Ñame, a popular root in the Dominican Republic is commonly rendered as yam, but this can be confusing as yam in the US may be used to describe a sweet potato (the orange-fleshed variety, not the Dominican batata). Ñame can also be called taro or dasheen, but confusingly those are also given as translations for yautía, as we have already seen.

So it's not always clear-cut and the solution we'd found is to give the name in Spanish as well as the most common name in English.

Language and usage is in constant evolution, and as previously unknown foods travel and become internationalised, what they end up being called - either through common usage or some marketing executive’s random decision - is anyone’s guess.

How to translate the names of dishes

For the names of the dishes whose recipes we share in our blog the method we use is different. It is always easier when the dish has a Dominican name that describes it. In that case we try to simply translate word for word. For example, queso frito is just "fried cheese". Simple.

Things are a bit more complicated when we translate dishes with proper names, which would have no meaning in English. In that case, we describe the dish or the cooking process. For example, for tostones, we use "twice-fried plantain", which is the method by which they are cooked. Mangú we translated as "mashed plantains", which is the simplest way to describe this dish.

This is not an exact science, and not all our readers agree with our translations.

At the end of the day, even disagreements about how we translate these may lead to conversations with our readers, which we love. It is often they who help us in this task.

Which vegetable gives you the most trouble? Which of our translations have you disagreed with? We'd love to hear...