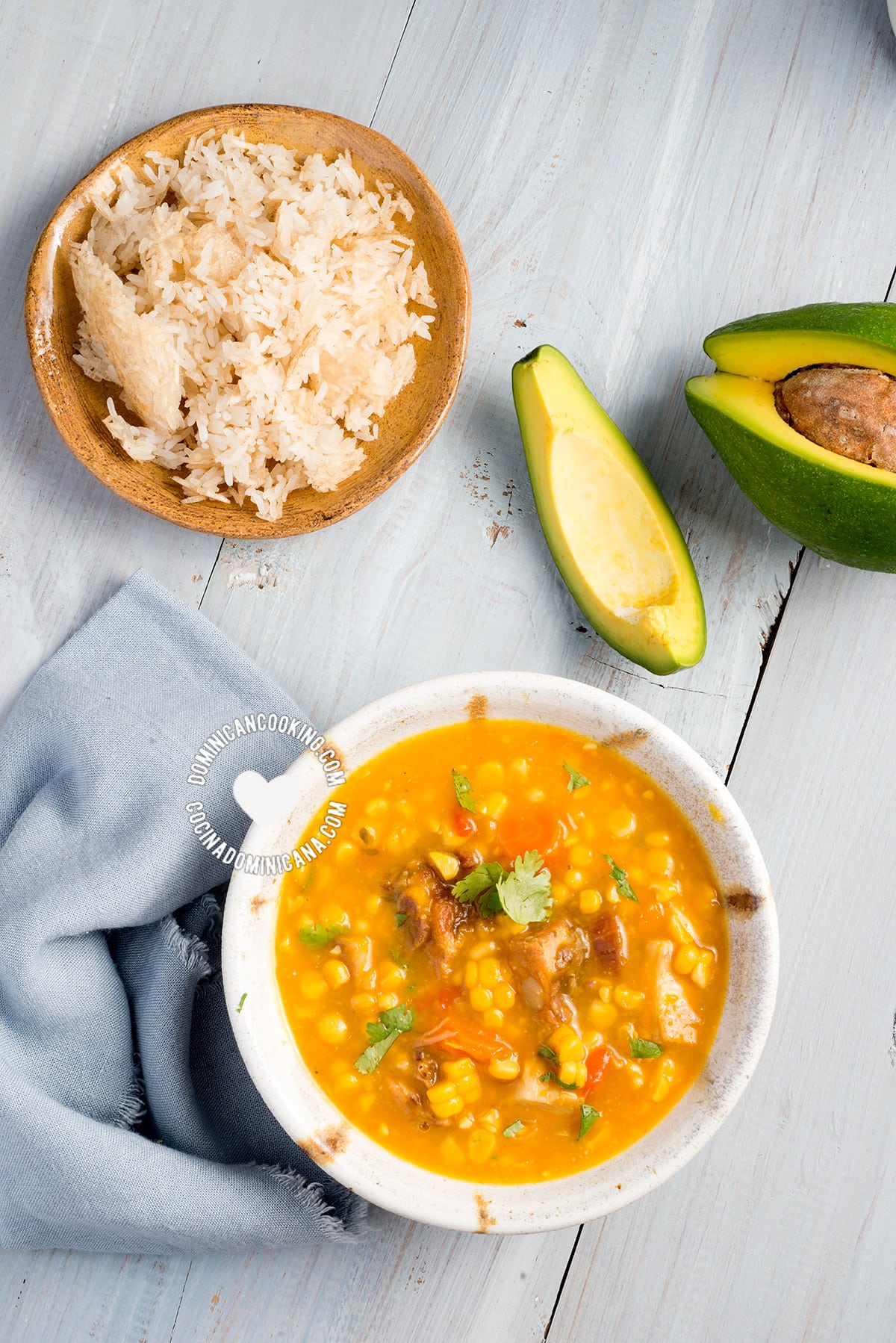 Yeah, Buche' Perico (Pumpkin and Corn Stew) has a weird name and an unusual list of ingredients, but it's a fantastic, comforting soup.

Buche' Perico (Corn and Pumpkin Stew) is the kind of dish I sometimes like to have to forget about the stresses of life. There are dishes like that.

I had promised you to bring you this recipe a few weeks back in a post I wrote about odd names in Dominican cuisine, so I walked to the supermarket to get the ingredients for it. Luckily it did not contain any odd ones.

This dish earned its place in our list of foods with bizarre names, as it translates into English as "parrot's gut". It hails from the Cibao region, more specifically from the Moca - Seybo region. The name comes from the corn that is the base of the recipe. Parrots (pericos) and other domestic birds are usually fed dry corn.

If you've met Aunt Ilana's husband, Pedro, you probably know that he calls himself "a mocano", despite the fact that he was born in Ciudad Colonial. This was my chance to call his bluff. So, I made a giant pot of this stew and called him to tell him I had some for him.

In its native Moca, this is a dish that is also served as a substitute for beans at lunch, not necessarily as a soup itself, and may contain fewer ingredients, and even no meat. You can try these alternatives.

While doing some research into this dish I found that, like with every Dominican dish, each household has a different recipe. Some people add longaniza (Dominican pork sausages) to it, some add smoked pork chops, some don't use any meat at all. I suggest you go with whatever pleases you most. The one here has the ingredients that my family enjoys best.

This is best made with tender, freshly-cut corn, but I couldn't find those, and probably neither can you, so I adapted the recipe to the corn on the cob commonly found in supermarkets, this is why I added starch to the soup, as fresh corn is starchier than the sweet variety in supermarkets.

The result should be a creamy, rich stew with just the faintest bit of sweetness from both the corn and the auyama, and the smoky flavor from the smoked pork chops. 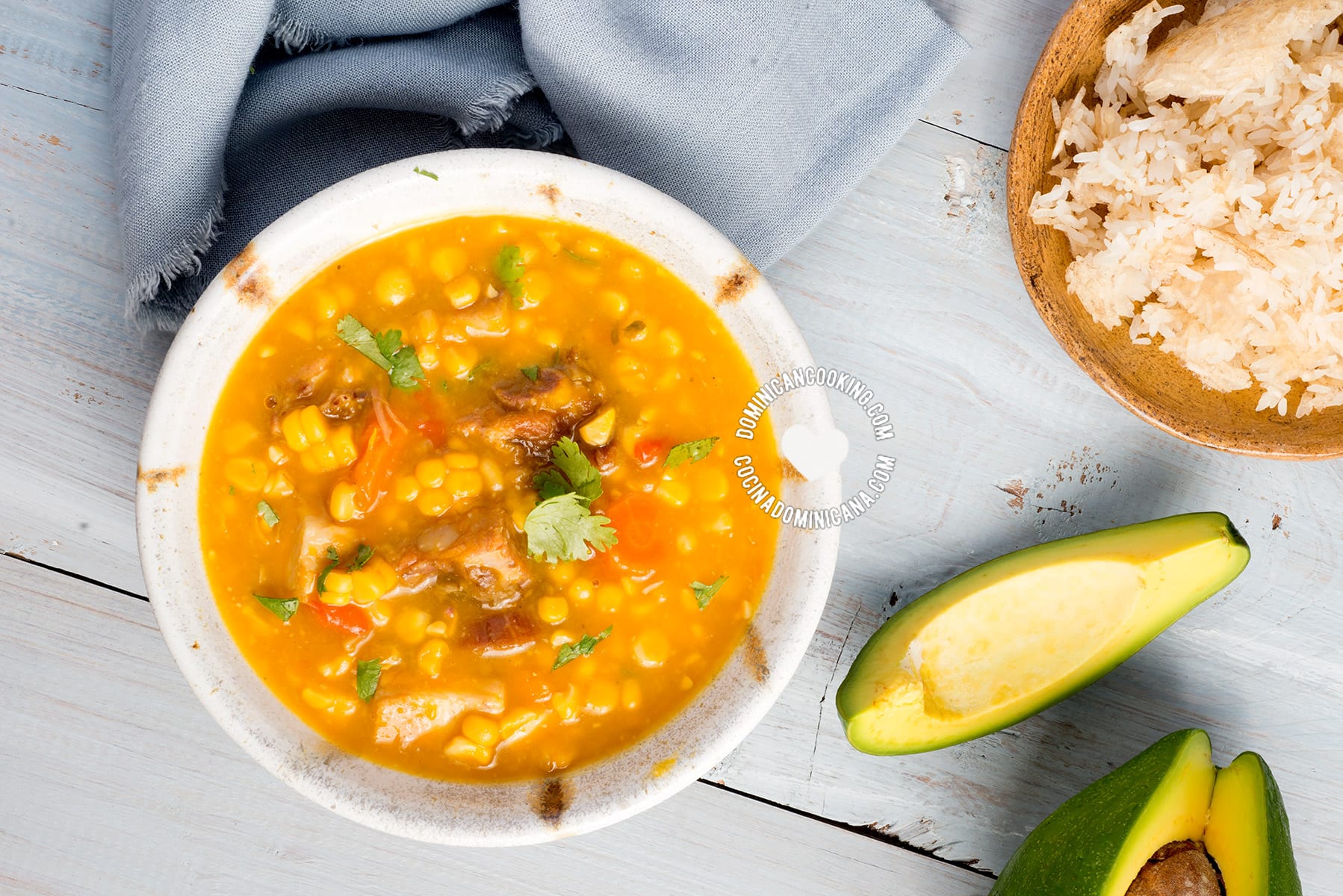 See notes above the recipe.