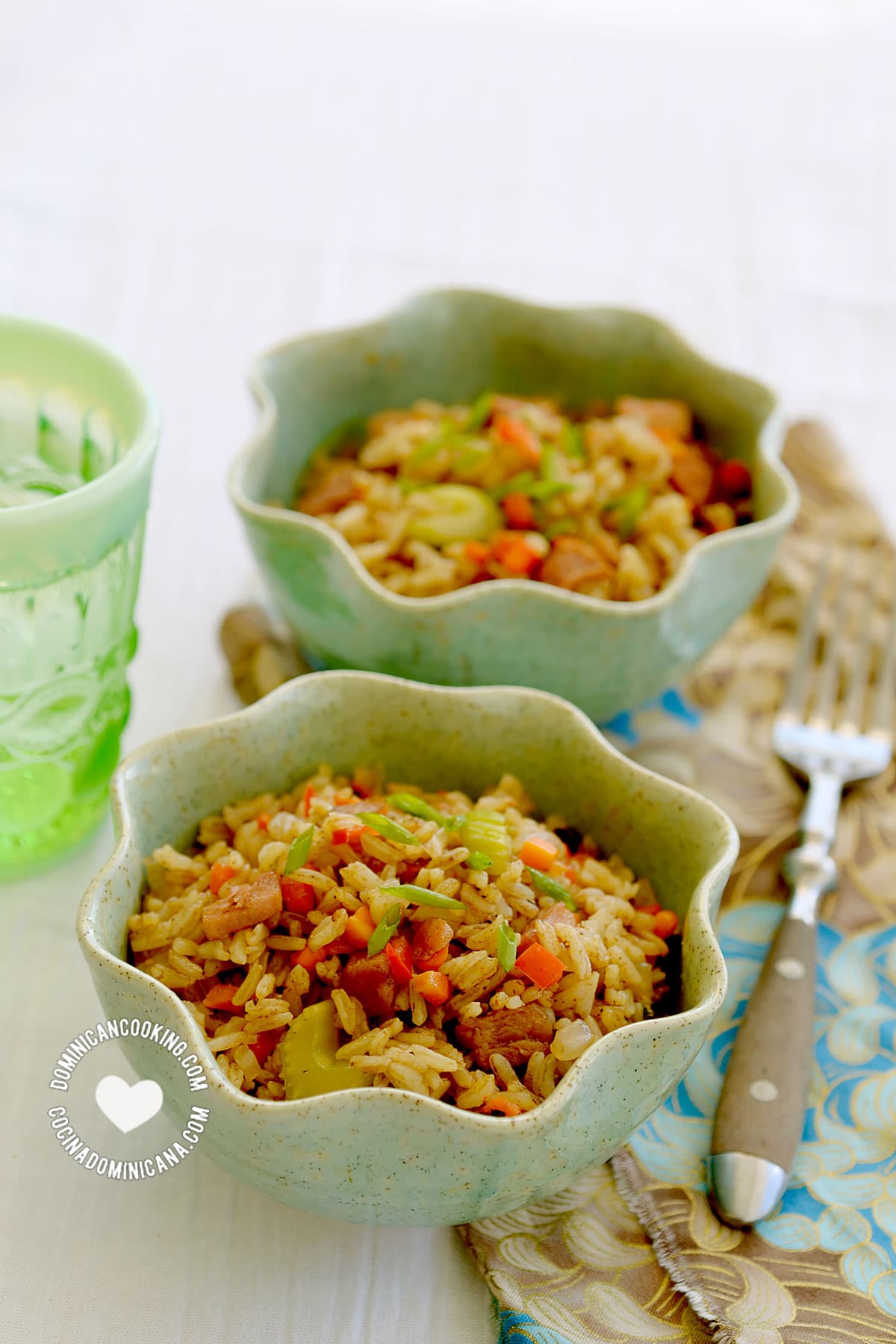 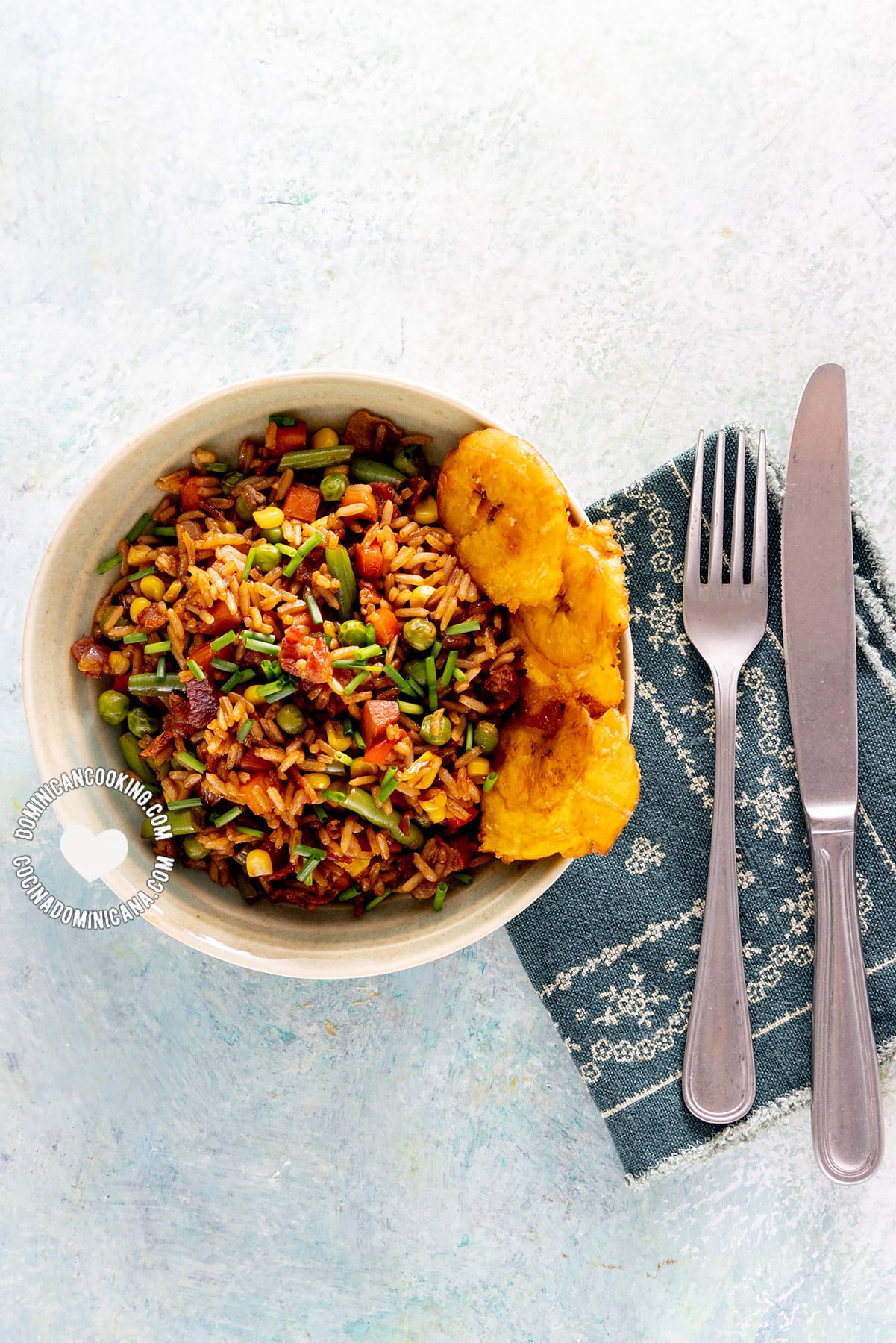 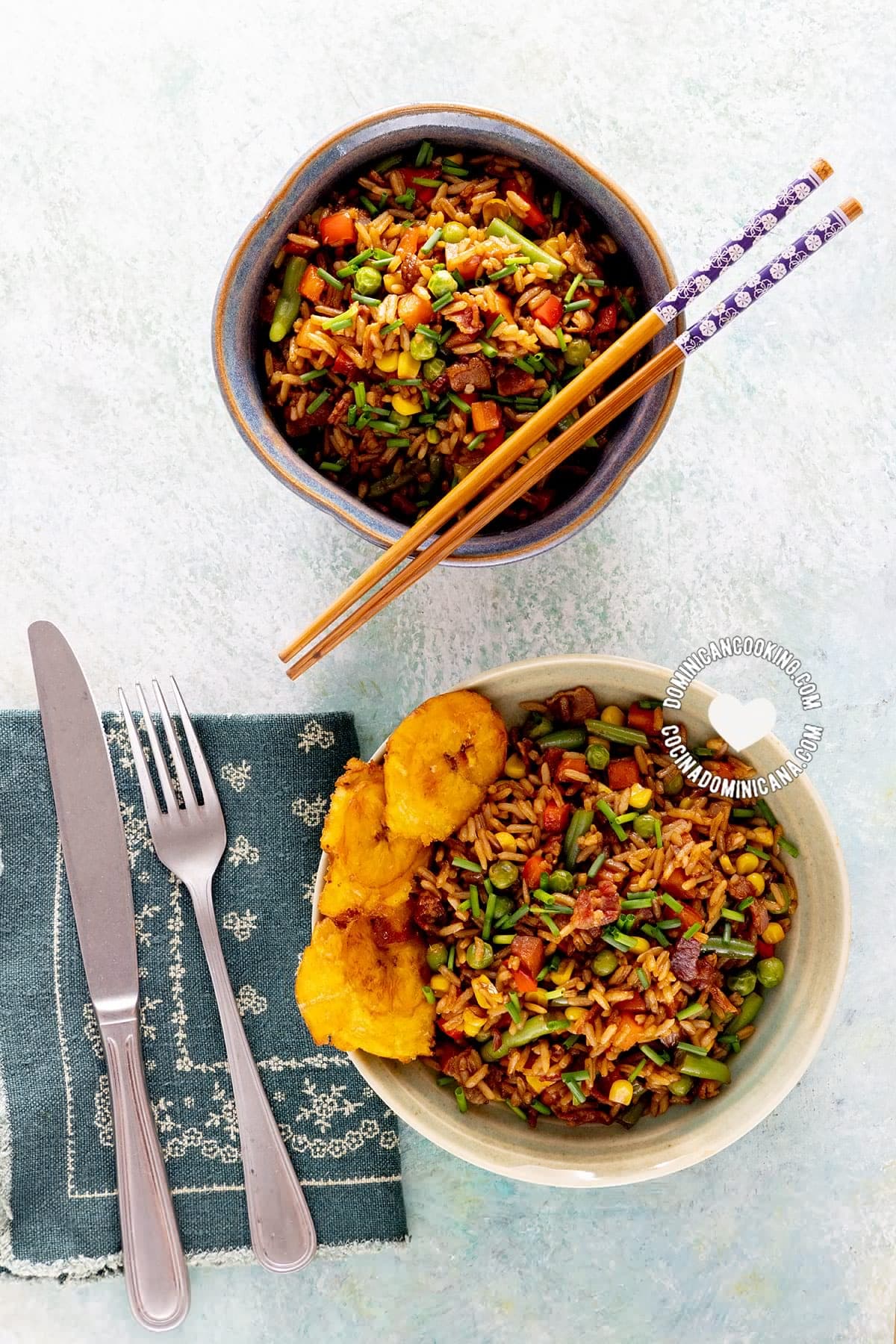 Wondering what Chofan -- an Asian-looking dish -- is doing in a Dominican food blog? Here's something interesting for you...

From Chow Fan to Chofán

An estimated 30,000 people of Chinese origin live in the Dominican Republic. Migration from China began in the second half of the 19th century and continues to this day. Many Chinese immigrants also came to the DR from other parts of the region like Puerto Rico, Jamaica, Peru, and Ecuador.

The early Chinese immigrants to Latin America and the Caribbean came or were brought over to work as laborers in the sugar plantations in the English and Spanish colonies and former colonies after the slave trade became illegal in the 19th century. The ones who followed tended to be entrepreneurs: they opened businesses like laundries, bakeries, supermarkets, and hotels and restaurants.

Chinese immigrants to the DR opened popular eateries known as ‘pica pollo’ all over the country, selling fried chicken and a combination of Dominican and Chinese food. They also opened more upscale Chinese restaurants in the main cities, and these soon became popular with the locals.

In this way, Dominicans of all socio-economic levels got to know and love Chinese food, going as far to make some dishes their own, including chop suey, chofán (chow fan) -- fried rice with chicken -- and chicharrón de pollo.

One such restaurant in the DR was the Chinese-owned Sang Lee Lung roadside stop near Bonao on the highway between Santo Domingo and Santiago, during the Trujillo dictatorship in the mid-20th century. It was especially famous for its chicharrones de pollo. In those days the road was bad and the journey took several hours.

Travelers who stopped at the restaurant included high-ranking government and military officials, and possibly also the dictator himself. As the story goes, the restaurant owners would overhear them discussing their business, and were said to be aware of sensitive information and government plans before anything was made public. It is said to be the origin of the popular Dominican saying “Eso lo saben hasta los chinos de Bonao” (even the Chinese from Bonao know this), which is told to someone who is the last to hear about something.

An article in a Taiwanese magazine in Spanish explains it as follows:

“To avoid problems in those uncertain times, the Chinese who worked in the restaurant would keep firmly silent about what they heard. For this reason, whenever asked, they would say they knew nothing. But really, they knew everything. [The saying] also shows the level of affinity between the Chinese presence and Dominican identity.”

Chinese culture in the DR has received formal recognition with the opening of Santo Domingo’s Chinatown as a cultural and tourist attraction in the old Chinese business district in the capital, in the Avenida Duarte area. As well as the site of several popular Chinese restaurants and supermarkets, it is also where the traditional Chinese New Year celebrations are held.

Like all dishes that have been aplatanados (dominicanized), this chofan recipe has differences from the original Chinese fried rice recipe. The first thing is that even in the restaurants of Chinese-Dominican owners there is no "authentic" or standard way to do it. Different versions can be found with different meats, vegetables, or seafood, and there are also different ways to make homemade "Chinese rice".

In this recipe for Dominican chofán, Tía Clara has tried to recreate her favorite of the Chinese restaurants of La Duarte and La Mella avenues (in Sto. Dgo.), which she frequented in her years as a university student with little budget to eat out. If you have a favorite chofan, we'd love to hear it. 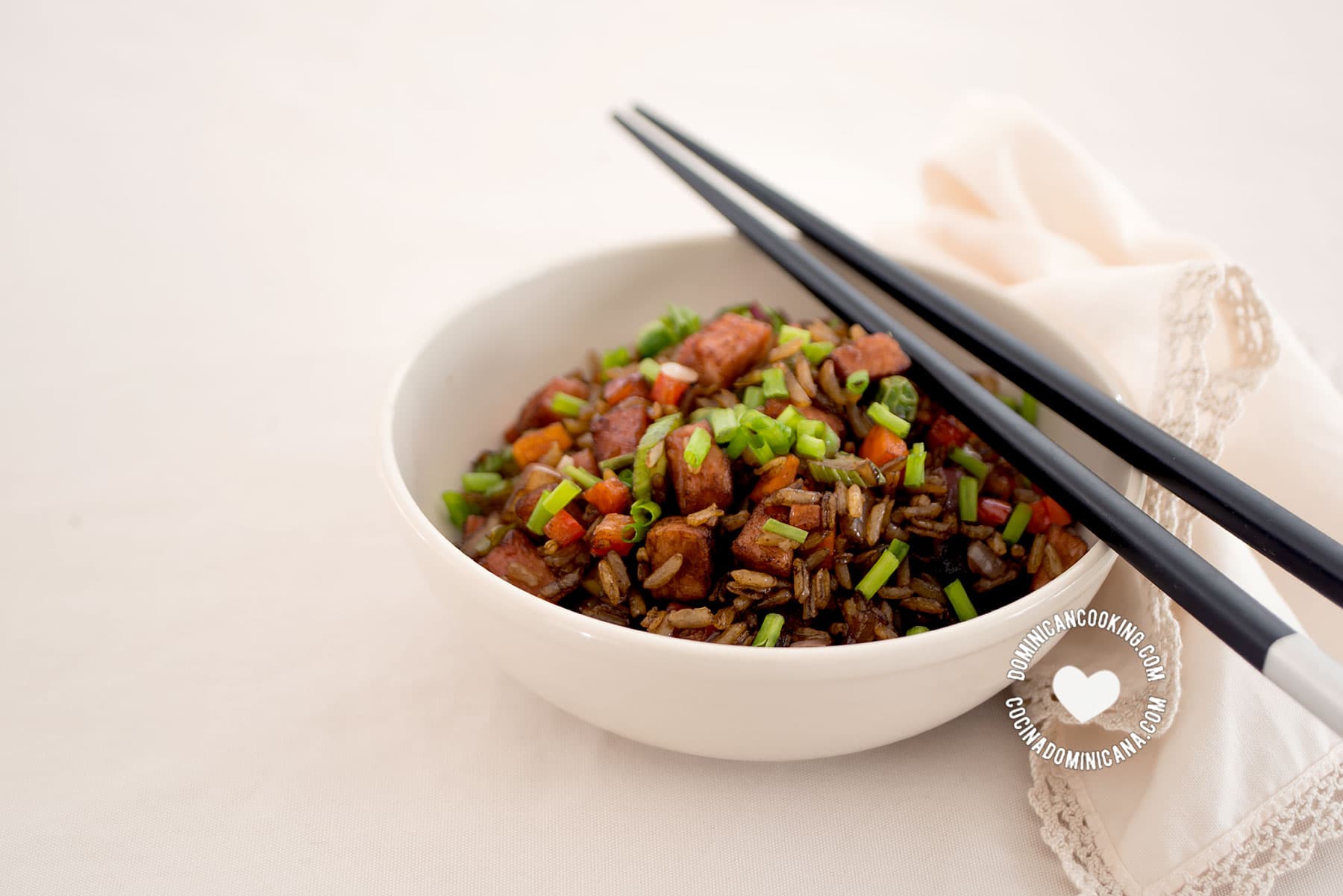 The 8 cups are of cooked rice. Keep an eye on the salt content, as the soy sauce contains a lot of it, I prefer to use low-salt soy sauce. To make Chofán de Pollo (Chicken Fried Rice), just use rotisserie chicken in lieu of pork chops. Chofán is one of our favorite dishes to reuse leftovers.

Hi, Love your recipes and specially the history behind those recipes. I'm originally from Pakistan but consider myself half Dominican. In 80's I studied medicine there and then got married to a cibaeña. 27 yrs of Dominican food has made me 100% Dominican. Keep up the good work... You are… Read more »

We have been visiting the RD for 12 years now. We refer to the DR as our home away from home ❤️

I love all the recipes, thank you so much for sharing xoxo

Love love love all tour recipe and honestly after my grandma passed this is my go-to site for all my Dominican recipes. Thanks. Lots of love