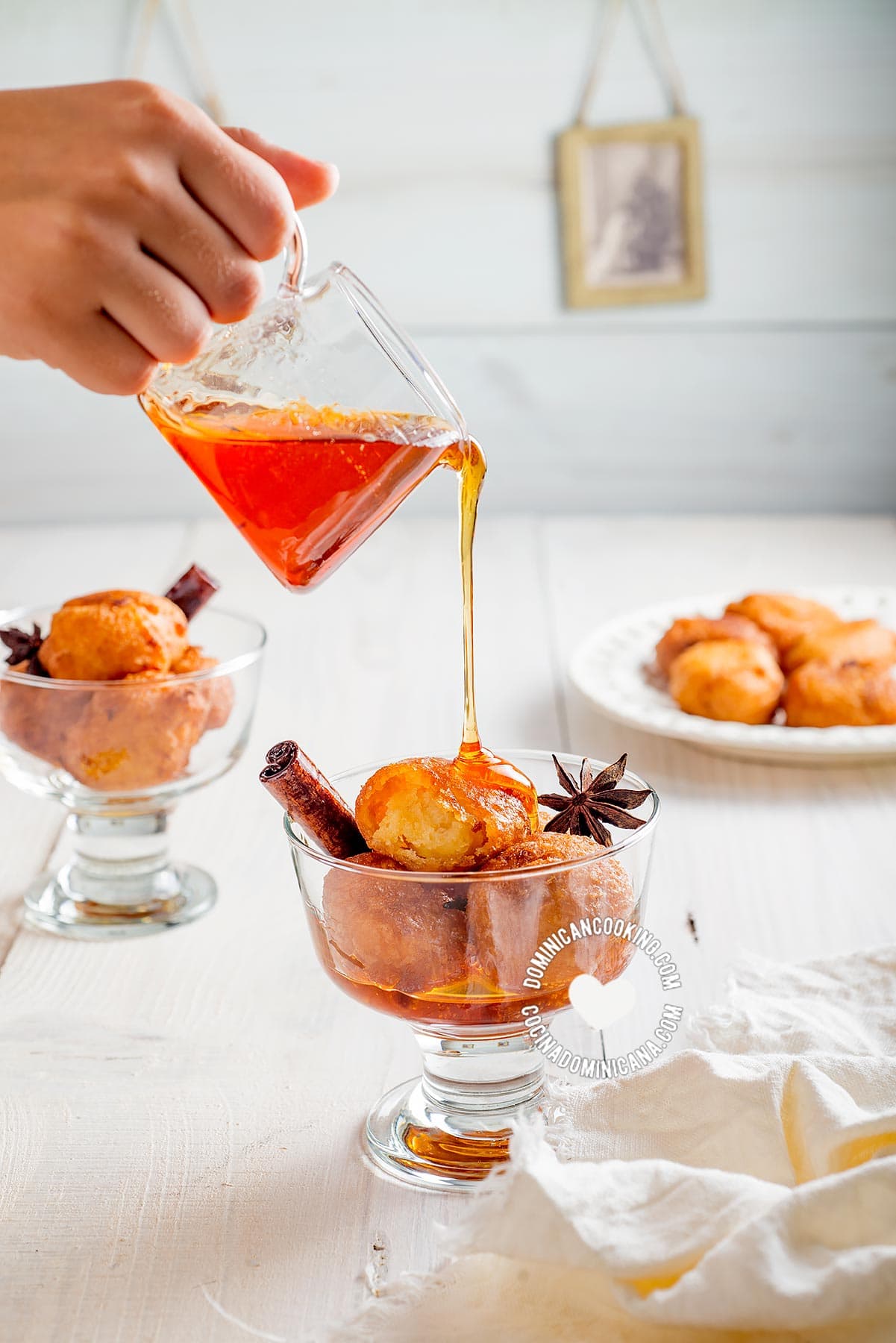 This isn't grandma's Buñuelos de Yuca recipe (Cassava 'Beignets' in Spiced Syrup), these are puffy and crispy outside, airy and creamy inside. Just amazing.

Buñuelos de yuca is the Dominican buñuelo, very popular during the Lenten period, and a dish that's been consumed in our country for a long time. But these aren't grandma's buñuelos.

Not that there's anything wrong with grandma's buñuelos.

Grandma's Buñuelos de Yuca are perfectly round, but a lot denser than these, and therein lies my problem. I thought that they would work better if they were closer to beignets. So I started experimenting with ways to get there. And I did.

Unlike traditional Buñuelos de Yuca, these are puffy and crispy on the outside, but airy and creamy inside, and with a touch of spice that will have you dreaming of them for a long time.

They have all the goodness of grandma's buñuelos, but such a nice texture that I'm hoping you'll love as much as I did. 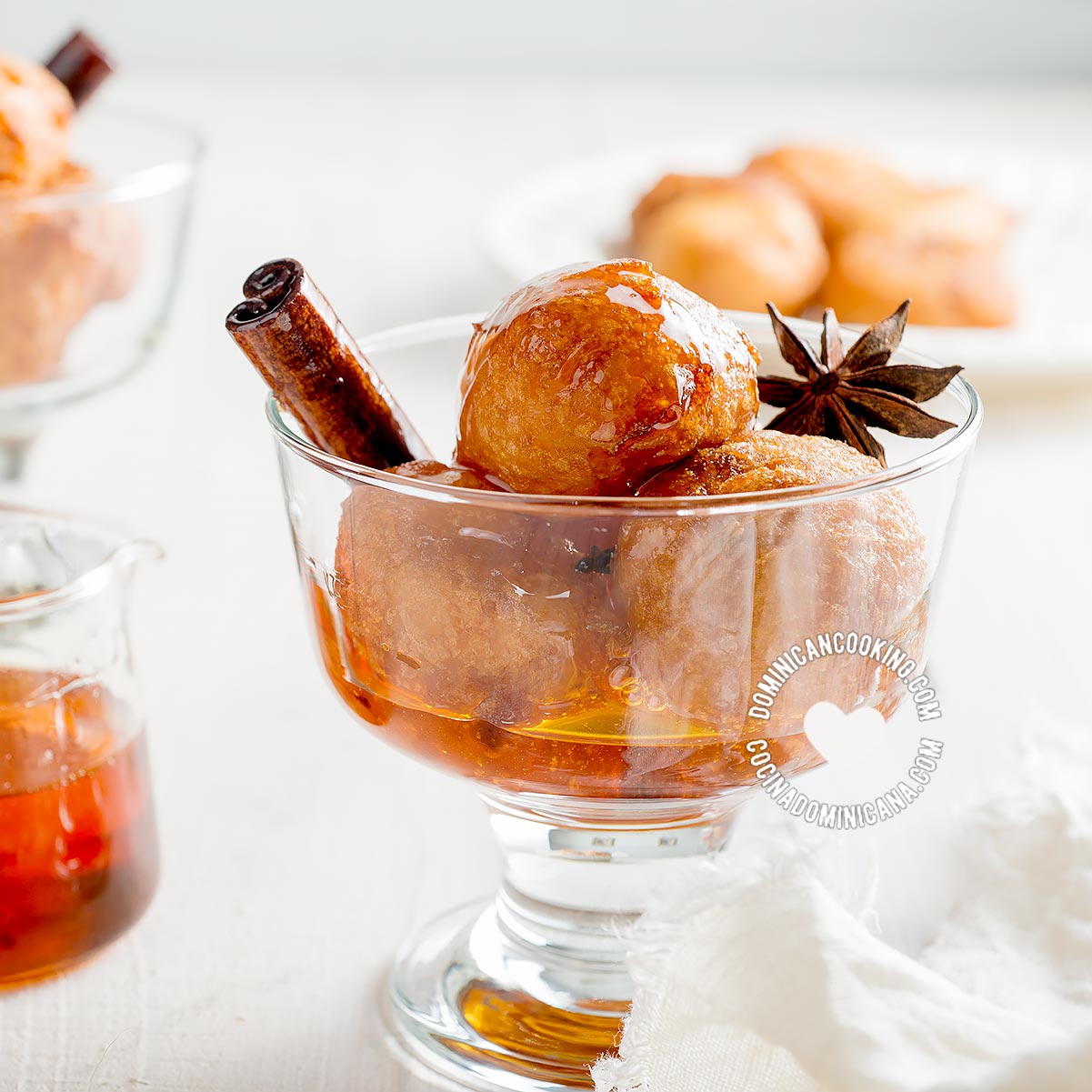 By: Clara Gonzalez
These aren't grandma's buñuelos de yuca, they are puffy and crispy on the outside, airy and creamy inside, and with a touch of spice that will have you dreaming of them for a long time.
5 from 2 votes
Save for Later Send by Email Print Recipe
Prep Time 1 hr
Cook Time 15 mins
Total Time 1 hr 15 mins
Course Dessert
Cuisine Dominican
Servings 16 buñuelos (approx.)
Calories 255 kcal

For the spiced syrup

For the Buñuelos de Yuca

Thanks for sharing and working to improve this recipe. I hope to have the chance to make them soon. The pictures look wonderful.

I want to try this but only have access to frozen yuca, since it has to be boiled soft will this work?