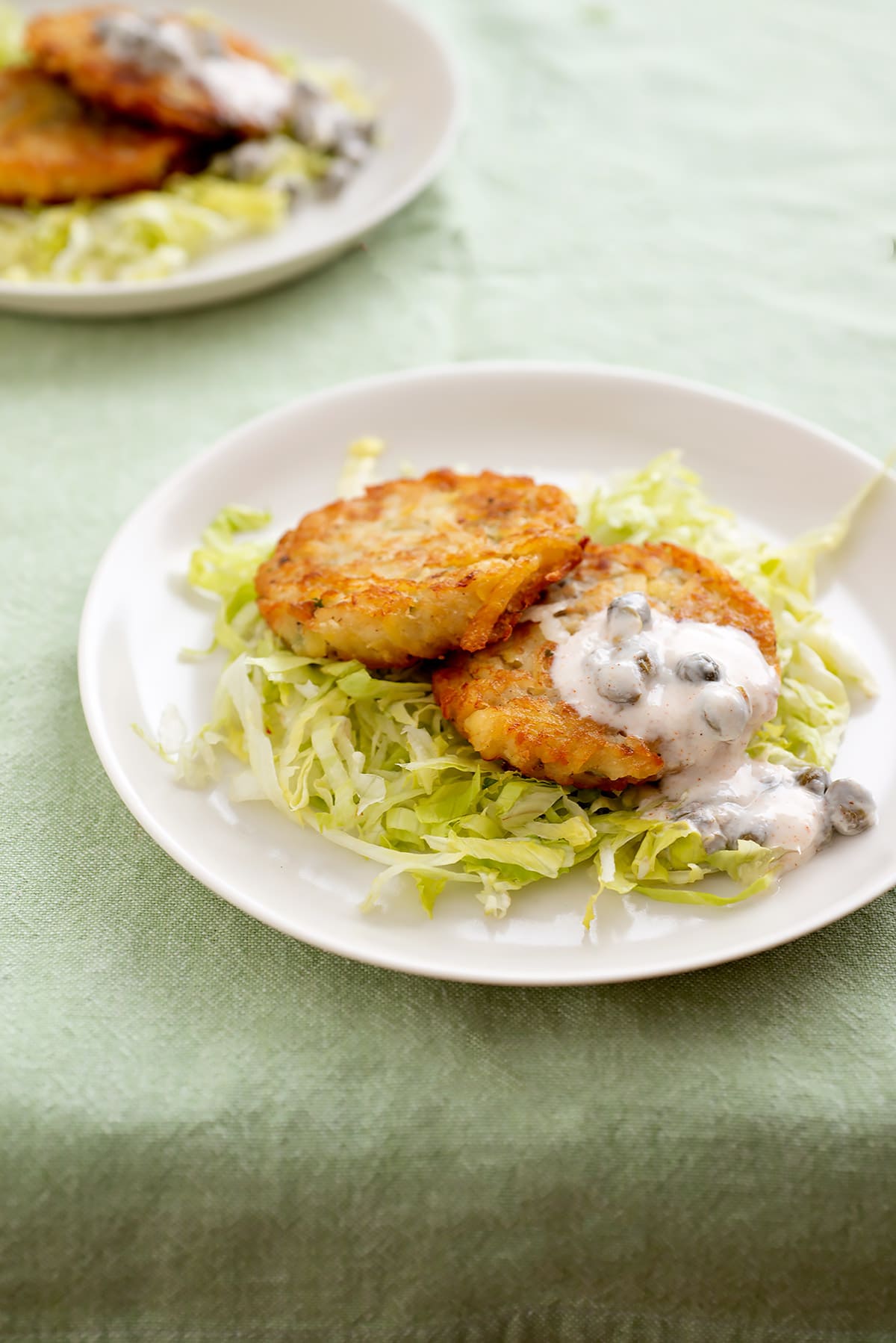 I bring you a dish I believe can easily become part of our new culinary culture: Codfish and Potato Fritters You should add it to the new Lent menu.

Codfish is a traditional ingredient in our Lent cuisine. The very beloved Bacalao con Papas (Codfish with Potatoes) is a staple hailing back from the days that the Catholic church proscribed meat-eating during Lent (and all Fridays).

Salted and dried codfish is a remnant of our colonial days, brought here by European traders, and made popular by the fact that it was both inexpensive and highly durable --a plus in pre-refrigeration days.

"Salt cod formed a vital item of international commerce between the New World and the Old, and formed one leg of the so-called triangular trade. Thus it spread around the Atlantic and became a traditional ingredient not only in Northern European cuisine, but also in the Mediterranean, West African, Caribbean, and Brazilian cuisines." - Wikipedia

I had these codfish and potato fritters as lunch, served on a bed of shredded lettuce and a dressing made from yogurt and capers. Two or three of these will make a very satisfying meal, made more so because they are very easy and quick to make. They can also be served to accompany a much larger meal.

Try them, and you'll soon add this to your family repertoire too. Let's keep the world, and our culture, moving. 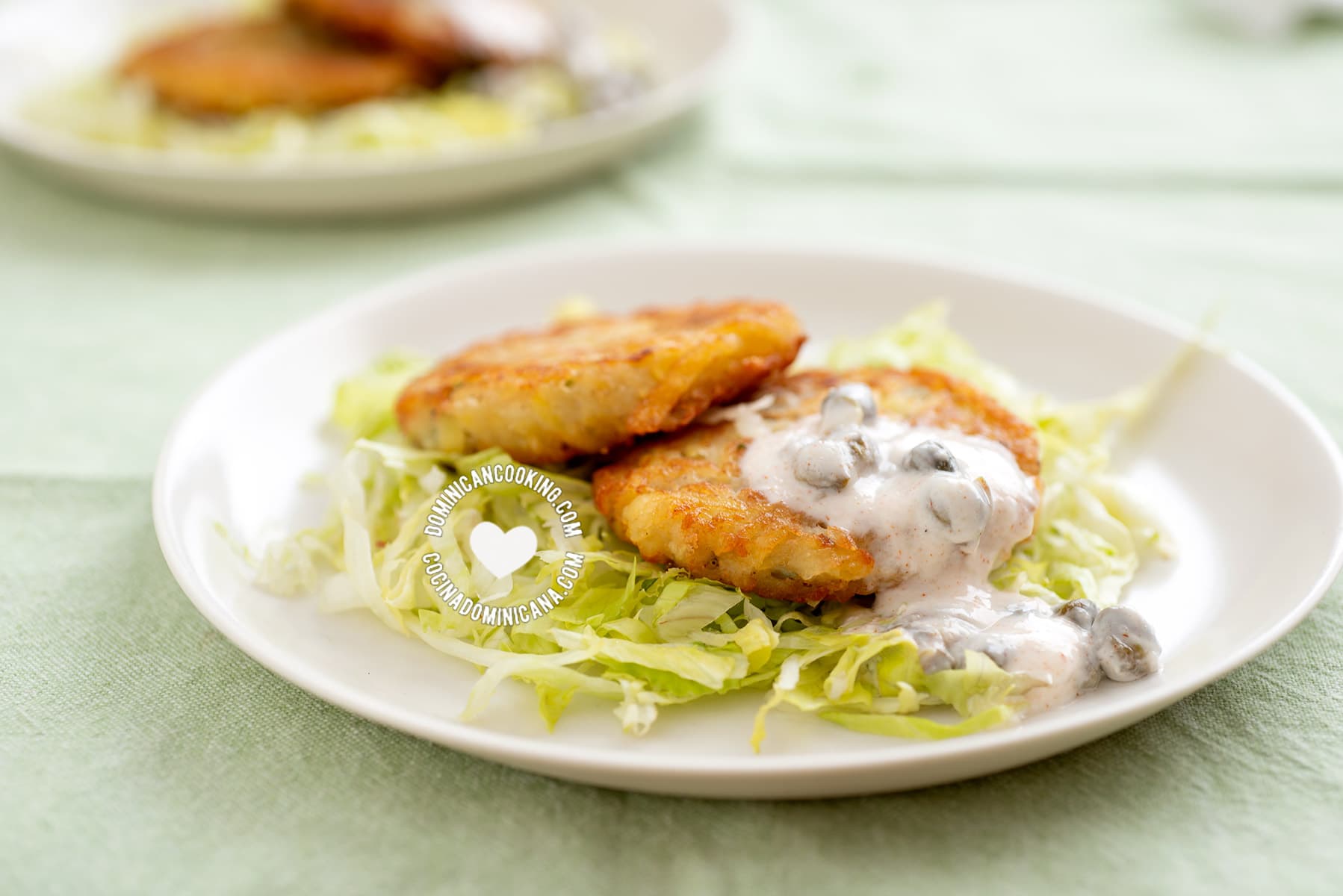 By: Clara Gonzalez
I bring you a dish I believe can easily become part of our new culinary culture: codfish and potato fritters. You should add it to the new Lent menu.
No ratings yet
Save for Later Send by Email Print Recipe
Prep Time 10 mins
Cook Time 10 mins
Total Time 20 mins
Course Dinner, Lunch
Cuisine Caribbean, Fusion
Servings 6 servings
Calories 194 kcal

More The Best Dominican Side Dishes