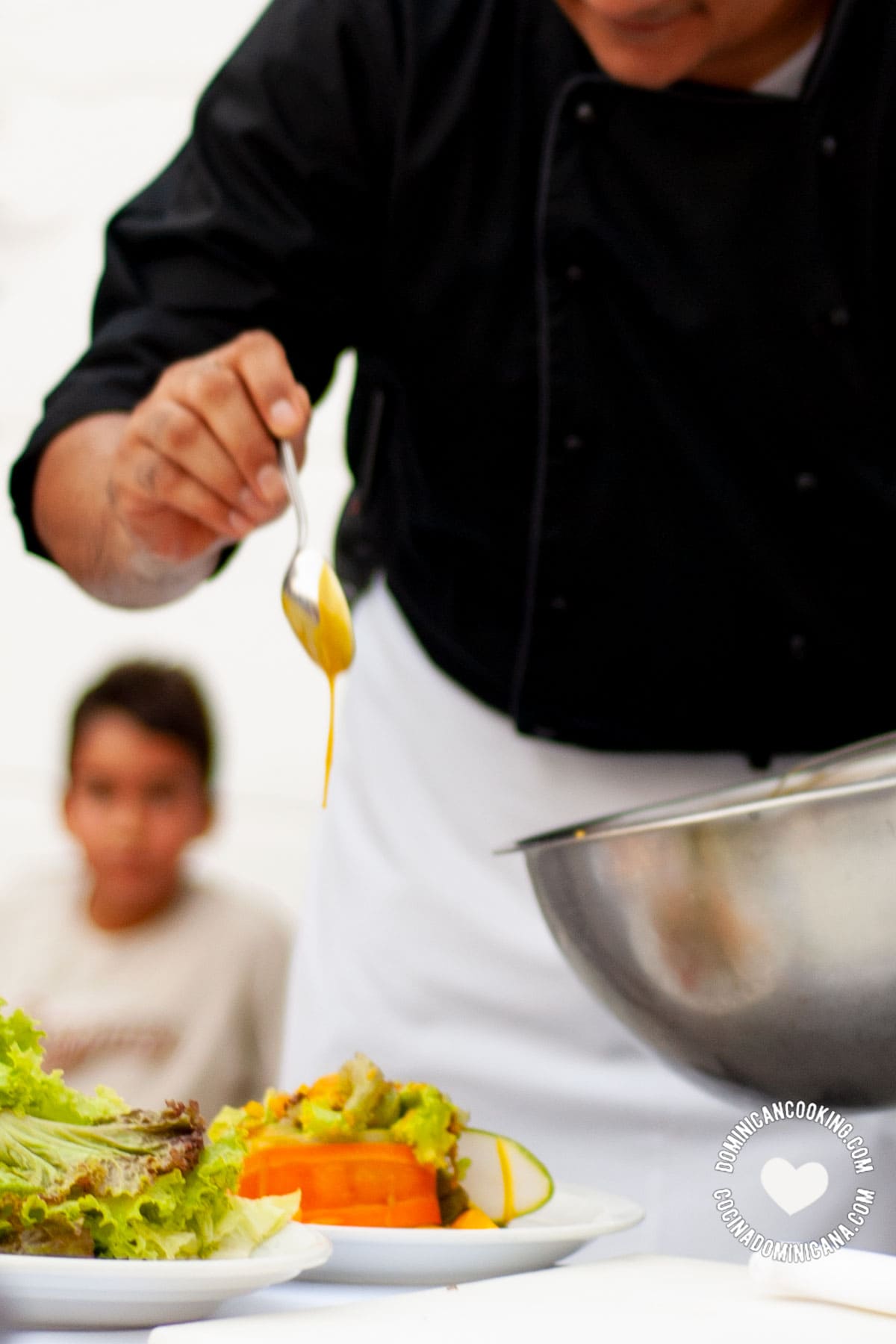 Can Dominican Men Cook? Or do Dominican men fail the kitchen test, or are they no worse than men from other countries? While I wait for your replies to pour in, let me tell you about my experience.

What are Dominican men like? Do men from the Dominican Republic pass the kitchen test, or are they no better or worse than men from other countries?

The assumption that Dominican men might not be such good cooks is based on the traditional gender roles, where Dominican women were expected to do everything for their husbands and sons. Some did not even let them enter the kitchen, and only daughters were encouraged or taught to cook. This is no longer such a huge part of Dominican culture and was never unique to Dominicans or other Latinos. It was the same in Europe and North America until recently as well.

Another cultural difference may be that more young people in the northern countries tend to leave home to live independently well before getting married, so more men and women learn to cook out of necessity. In the Dominican Republic and other Latin countries, it is still the norm to remain in the parental home until marriage, but this too is changing.

It's not simply about affluence or poverty, either. Upper-class Dominicans tend to have help in the kitchen so unless the sons or daughters of the household show an active interest in cooking, they often grow up without learning to boil an egg. This means that women, as well as men, are let loose out in the world without any cooking skills.

It's never a good thing to generalize, though. Let me tell you about my own experience.

I've been married for more than 20 years to a divine Dominican man. He is absolutely perfect in every way, but - alas - once I decided he was the one for me, I realized that there was one huge drawback: he could not cook.

In an ideal world, my husband would be a gourmet chef, not because I can't cook or don't like cooking, but because I enjoy sharing the pleasure of cooking and would really prefer not to have to cook every day.

From the very start, my husband made some brave efforts in the kitchen, especially with the dishes he likes that I hadn't mastered, like mangú (mashed plantains) for breakfast. Not being a fan of heavy breakfasts of any kind, boiling and mashing víveres (plantains and tubers) first thing in the morning was not a task I rushed to undertake. As he prefers his mangú to my good old English marmite on toast, he had no other choice but to venture into the kitchen.

That was the start of an exciting journey and all these years later, he takes great pride in the dishes he has mastered, most of which have been learned by following Tía Clara's recipes.

Arroz Dominicano (Dominican rice), which I famously failed to perfect, plátanos al caldero (caramelized ripe plantains), arepitas de yuca (cassava fritters), and other classics of Dominican cuisine, have earned him praise and compliments. This motivated him to attempt more ambitious main dishes and all I can say is that he has discovered a hidden gift for cooking.

If only I'd learned to dance salsa and merengue as effectively as my husband has learned to cook!

One of my husband's uncles is an excellent cook who has served us some of the most delicious and memorable meals I have tasted in the Dominican Republic.

Things may also be different among Dominican immigrants, men, as well as women, have learned to cook out of necessity after migrating. In my experience, Dominican immigrant men take pride in this achievement without feeling their masculinity has been undermined. And of course, many cook for a living and are professional chefs.

It's worth mentioning that in our Dominican Cooking Facebook group, the guys are among the most prolific contributors.

Online tías to the rescue

Those who were not encouraged to cook at home end up learning to cook with the help of online resources, ours included, instead of mamá, tías, and abuelas.

This has revived interest in home cooking via TV shows, celebrity chefs, and last but not least, food bloggers, who have made cooking attractive to a new generation of men as well as women.

I would be interested in hearing people's experiences, so if you are a Dominican man, or have a Dominican partner, please let us know what you think.